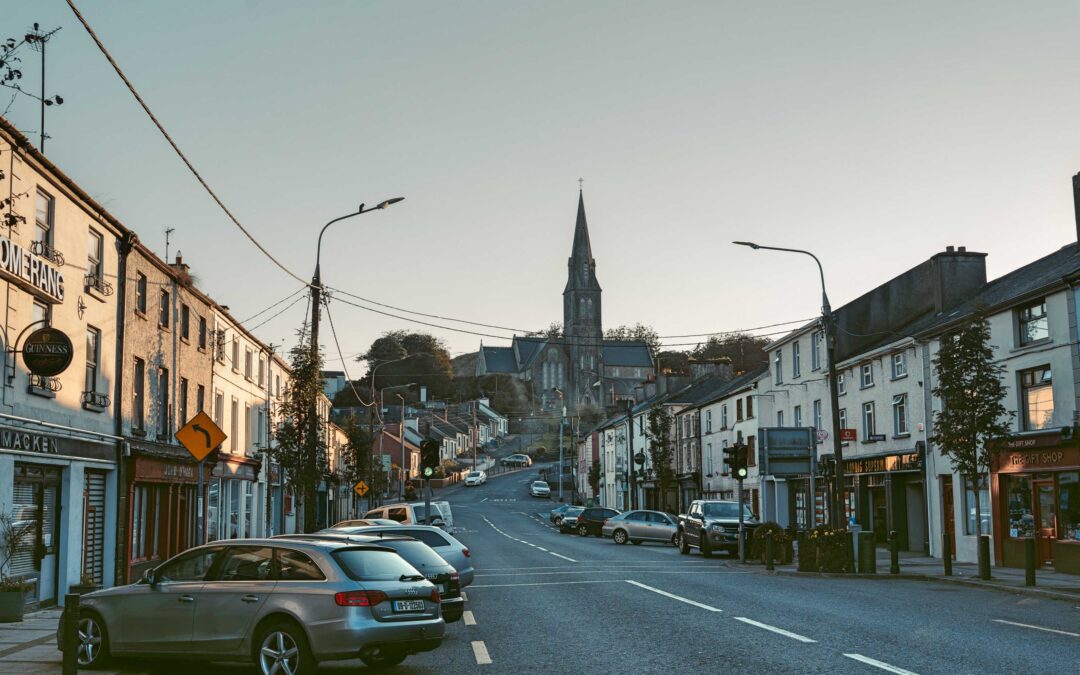 Inspired by Wigtown – a campaign was launched last night to establish the rural community of Granard as Ireland’s first ever Book Town.

It’s hoped that the 800-strong community in County Longford can reap similar benefits to those experienced by Wigtown, 200 miles away in Galloway, which was declared Scotland’s National Book Town in 1998.

One of the biggest comes from the annual influx of visitors, authors, celebrities, artists, scientists and contemporary thinkers for the annual 10-day Wigtown Book Festival, which this year runs from 23 September to 2 October.

Granard hopes to stage its own inaugural book festival from 21-23 April 2023. Richard Flanagan the Booker Prize winner has come on board as a festival patron and the Irish writer Donal Ryan will be one of the high profile speakers.

John, who lives near Granard, said: “I was in Wigtown in 2018 and I was just blown away by the whole Book Town model and how it had helped rejuvenate the town – attracting bookshops and book-related businesses, and creating a festival that has an international reputation, in a small rural town.

“It has turned Wigtown into a centre of the arts with people coming from all over to attend the festival.

“We don’t have a book town in Ireland and Granard would be ideal. It’s a beautiful place with lots of history and character, it’s in easy reach of places like Dublin – and it would really benefit from economic regeneration.

“I kept in touch with Wigtown Book Festival Director Adrian Turpin and he gave us lots of advice and insights – so Wigtown became a bible for us as we figured out the way ahead.”

Ronan has much of the practical expertise needed for the project having eight years of experience in using the arts to boost the profile and fortunes of Ballymahon.

He said: “I’ve been working in the in the festival scene for years and I’ve always wanted to establish a book festival.

“The idea of another festival in the county to help rejuvenate a rural town appeals to me massively because I have seen the benefits of what the arts can bring – how it attracts visitors and how engaged rural communities are with the arts when they have access to them.

“What’s great about it is that it brings benefits that are cultural and economic.”

Richard Flanagan added: “As a child of Longford (Tasmania) to where my Irish forebears were sent as convicts during the Famine I feel an odd affinity with Longford (Ireland).

“I know the affirmative and sometimes transformative power of small places dreaming themselves anew and so I was delighted to be asked to be patron of the Granard Booktown Festival. One word follows another and in this way sentences, novels and new worlds are made and so I hope too with this festival and the town it celebrates.”

Initially the idea is to have a pop-up bookshop and to make use of venues like the Norman Conquest Visitor centre, the library and local churches as venues – with the hope that new businesses will then begin setting up in the town.

In Wigtown, which has a population of under 1,000, there are now more than a dozen bookshops and book-related businesses, as well as a literary-themed B&B, and The Open Book – an Airbnb that’s also a bookshop. The Wigtown Festival Company has also created jobs for the town and runs a year-round programme of events.

“I suspect that Granard will have huge success with this project, which can do so much both for the town and the whole of Ireland – a country with a phenomenal literary tradition.”

Emma Robinson, Wigtown Book Festival Event Co-Ordinator, added: “We very much hope to develop strong links with Granard and its book festival in the years ahead, and believe we can do a huge amount to support each other.

“The fact that Granard is using us as a model – as have a series of other Book Towns around the world – absolutely underlines how even a small rural community like ours can have an international influence thanks to the energy and creativity of its people.”

The festival has strong support from Dumfries and Galloway Council and received funding as part of its Major Events Strategy – recognising the economic value of cultural tourism and the benefits to the community in terms of culture, health and wellbeing.

Councillor Willie Scobie, Chair of Dumfries and Galloway Council’s Wigtownshire Area Committee, said:“Wigtown is a world-class example of rural regeneration. Our partnership with Wigtown has been a huge success. The fact that it is being used as a model for Granard is inspiring – showing that a small town in rural Galloway is having an international impact.”

Councillor Katie Hagmann, the committee’s Vice Chair, added: “If Granard becomes Ireland’s Book Town it would be an excellent opportunity to strengthen the literary and tourism links between Ireland and Galloway, and promote a love of books, reading and culture through the book towns network.”

This year’s festival (from 23 September to 2 October) is supported by EventScotland as part of Scotland’s Year of Stories 2022.