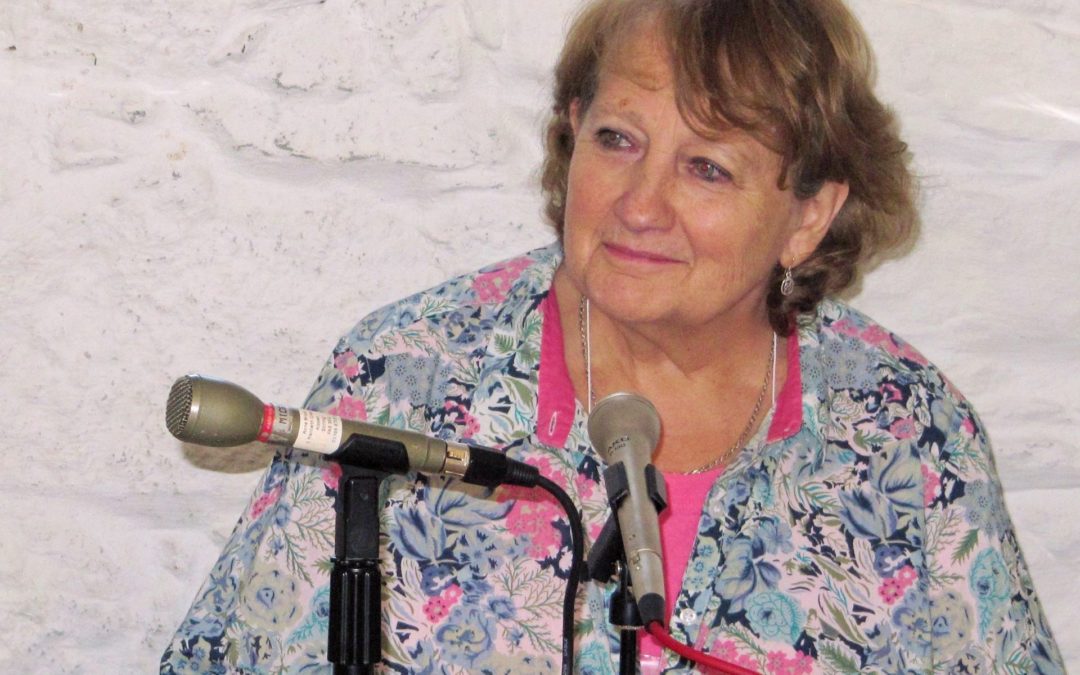 Wigtown Book Festival announced today the launch of a new national essay prize for Scotland in association with the BBC. The £1,500 Anne Brown Essay Prize will be awarded for the best literary essay, published or unpublished, by a writer in or from Scotland.

The annual award has been created in memory of Anne Brown (1942-2021), former Wigtown Book Festival chair of trustees and a widely respected BBC radio producer. It is generously supported by her children, Jo and Richard.

The judging panel, which includes broadcaster Sally Magnusson and New Yorker writer Larissa MacFarquhar, will be looking for precise writing, original thinking, curiosity, and creative approaches to non-fiction topics. There are no set subjects for entries, and no specific requirements to write about Scotland, although entrants are encouraged to address “aspects of our shared social, cultural or emotional lives”.

Speaking on behalf of the family, Richard Brown, a New York-based film producer best known for the feature Outlaw King and TV series including True Detective and Catch-22, said: “My sister Jo and I are happy to have the opportunity to inaugurate the Anne Brown Essay Prize. Our mother was tirelessly devoted to current affairs, literature, broadcasting – and to Wigtown Book Festival.

“We knew Anne was a great mother but I’m not sure we fully understood what an extraordinary producer, reporter and colleague she was. She always insisted on giving the credit to everyone but herself. The outpouring of grief and the many hundreds of tributes we have received since we lost her has been inspiring and moving.

“This prize encapsulates her various passions and interests. Nobody would have looked forward to reading the entries more than she would have.”

Anne had a wide a varied career, becoming a highly respected senior producer with BBC Radio Scotland (see notes below). In a voluntary capacity, she became the first chair of Wigtown Book Festival’s trustees in 2007, and played an important role in developing the charity and establishing the festival as one of Scotland’s best-loved annual literary events.

“The essay is one of the most exciting and vibrant forms of writing today and it’s overdue that Scotland should celebrate its best essayists. We hope this annual prize will be a valuable addition to the nation’s literary ecology.”

The winner will be announced at a ceremony at the Wigtown Book Festival on Sunday 26 September, subject to Covid restrictions. Details of how to enter, guidelines and terms and conditions will be available at www.wigtownbookfestival.com.

Anne had an accomplished career and spent most of her working life as a broadcast journalist with the BBC, starting in the London newsroom, moving to current affairs in Newcastle and in the mid-80s she joined BBC Radio Scotland, working as a reporter, presenter and producer in Dumfries, Selkirk, Aberdeen, Orkney and Shetland, as well as Edinburgh and Glasgow.

She wrote and produced many documentaries, produced Newsweek Scotland and Good Morning Scotland, and presented a regular series of programmes for the World Service. She was commissioned by Canongate to write a book about the alleged child abuse scandals in Orkney in 1991.

About the Anne Brown Essay Prize

●  The organisers especially welcome unpublished essays. Published authors and their publishers are also invited to submit work published no earlier than 1 July 2020.

●  Entrants must be aged over 16 and resident in Scotland, born in Scotland or have a longstanding association with Scotland. The judges’ decision in interpreting these conditions is final. Entrants are invited to seek advice if in doubt over eligibility.

●  The judging panel has sole interpretation of what constitutes an essay. There is no formal restriction on word length but entrants are advised not to submit work over 6,000 words.

●  Details of how to enter will be published on the Wigtown Book Festival website.

●  Winning entrants will be expected to give reasonable assistance in any promotion associated with the prize – for example, agreeing to be interviewed by the press.

●  In addition to the winning essay, commendations may be given at the discretion of the judges, though no monetary prize will be awarded.

●  Salaried staff and current Trustees of Wigtown Festival Company may not enter the competition. Freelancers who have received payment for Wigtown Book Festival are eligible to enter.

●  The prize is administered by Wigtown Festival Company on behalf of the family of Anne Brown.The organisers admit no liability for any losses or damages arising from participation in this competition. Entrants are expected to ensure that entries conform to the laws on copyright and defamation.

●  The organisers reserve the right to amend or waive any of these terms and conditions.