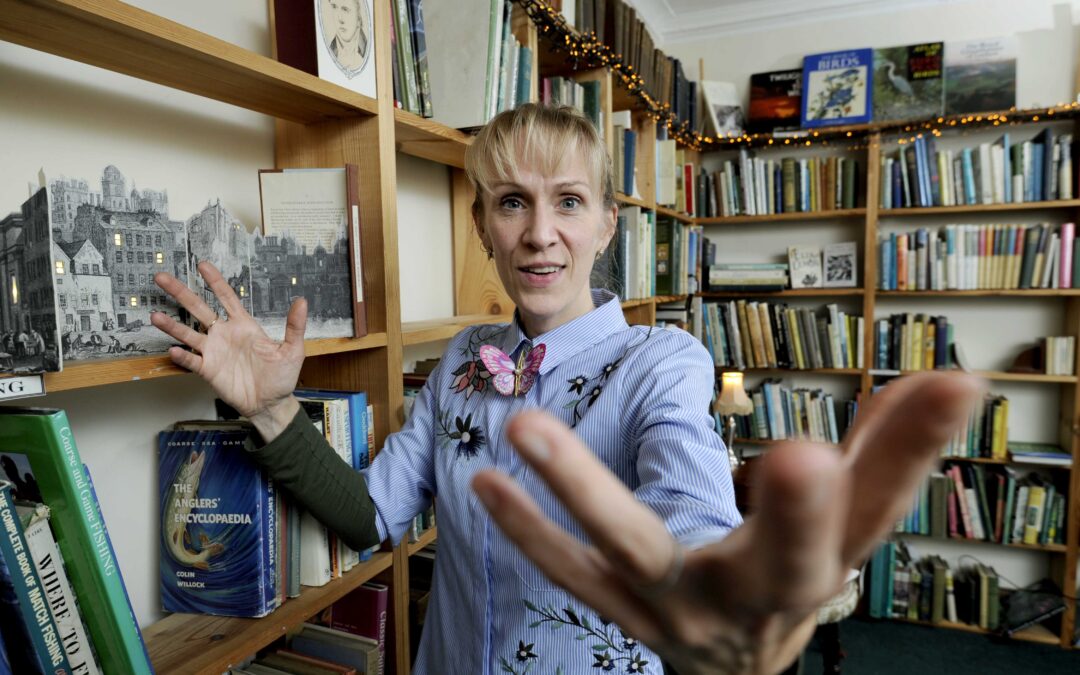 Meet Gavin Barwell at Wigtown Book Festival – as a former PM’s chief of staff, journalists across the country have been turning to him for insights into the current turmoil at Number 10.

Serving under Theresa May he had the closest possible view of what it’s like when governments are in a period of acute crisis.

Lord Barwell, who is at the festival on Saturday to discuss his book Chief of Staff, is just one of many attractions during Wigtown’s second weekend.

The 10-day celebration of literature, stories and storytelling has been enjoying a first week packed with great speakers, events and activities of all kinds.

Among the hits have been two special commissions supported by EventScotland for Scotland’s Year of Stories 2022 – the Into The Nicht literary and poetic night-time guided walks and a performance piece called The Bookshop Untold.

The Bookshop Untold, which takes place in the Old Bank Bookshop, has been created by director and theatre-maker Nikki Kalkman from Glasgow. She said: “Audiences find themselves in an enchanted bookshop, a strange place where, once the closed sign has been turned and the customers have departed, weird and wonderful things start to take place.”

It’s a storytelling performance where a mysterious bookseller who takes audiences on a journey through history, Scottish literature, art, love, and loss.

A sell-out success has been Deception Island, a fully immersive arts and poetry experience inside a replica Antarctic scientists’ hut, which takes audiences back to a remote and frozen research station in the late 1950s and 60s.

Adrian Turpin, Wigtown Book Festival artistic director, said: “In a week that’s seen the most astonishing turmoil we are all wondering what it must be like in Number 10.

“Gavin Barwell is one of the few people who has had a ringside view of what it’s like for a prime minister, cabinet ministers and their aides during a political tempest.

“Right now journalists are turning to him for his insights and we suspect that a lot of Wigtown Book Festival visitors are going to be fascinated by what he has to say.

“And this is just one of the many superb events and activities we have lined up for the second weekend – and comes in the wake of a first week that has seen audiences enjoy great speakers, live music, theatre, film, guided walks and so much more.”

Among the events still to come are: