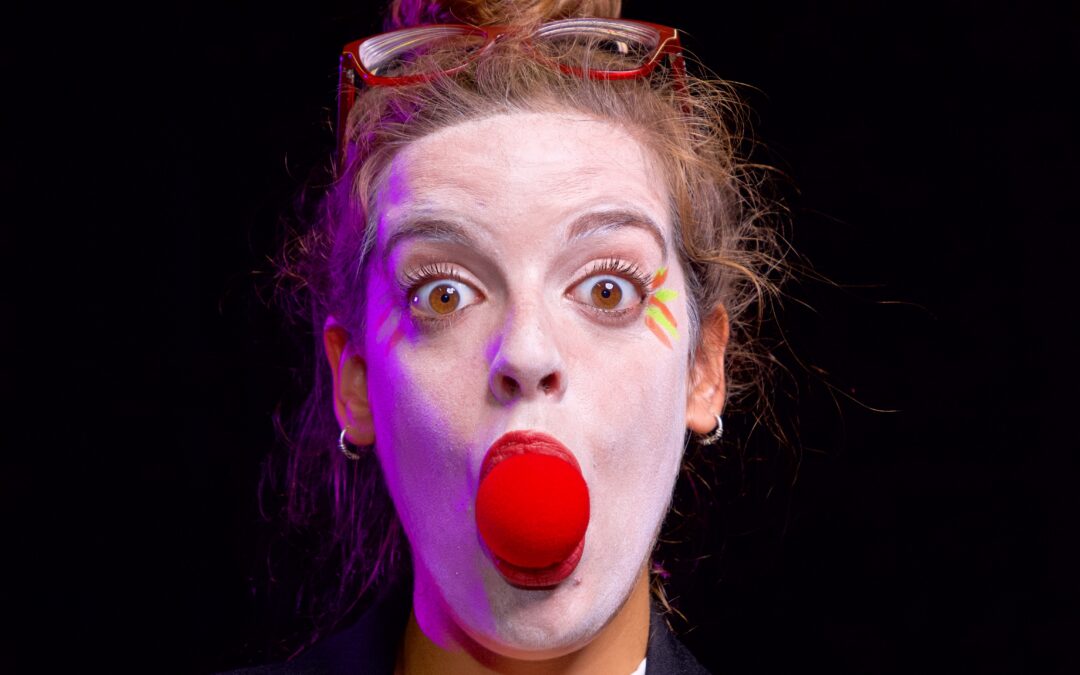 A company of artists attempting to create a clown show end up in Tokyo’s Museum of Lost Things.

It’s a curious place where nothing is remembered forever.

In fact they find they simply can’t recall the details. They can’t tell what’s what or even what point is, they can only perform it.

So they take pictures, shoot reels, create stories, and plaster their daily routines all over social media.

Their new reality is chaotic and they are now in a place of magic – where the magic always goes wrong. Frankly it’s an utter mess.

Edinburgh Fringe regulars StoneCrabs Theatre Company, in association with Busu Theatre, present the world premiere of a show which takes audiences on a blissful, thought-provoking and funny theatrical journey.

Exploring what we remember and what we forget – Utter Mess is about how we connect with others and ourselves.

In a world dominated by commercialism, it takes a look at memory and the things we really value – whether it’s red telephone boxes or a grandmother’s smile.

It also dissipates some of the assumptions that UK and Japanese society have about each other’s cultures.

The two-hander features Brazilian actor and musician Inês Sampaio in the role of A, who is making a return to the Fringe after her success in The Trial in 2019 (★★★★ “captivates, educates and entertains” – DIVA Magazine).

She is joined on stage by Etsuko Shirasaka of Busu Theatre, who previously collaborated with StoneCrabs with the well-reviewed 2017 Fringe production Busu and the Damask Drum (“extravagant and visual” The Wee Review, “A burst of energy and culture” FringeGuru).

This latest work from writer and director Franko Figueiredo is inspired by short stories by Kyoko Nakajima following its translation into English in 2021.

The dialogue is mainly in English with some Japanese, and the production is highly physical and designed to be understood by non-Japanese speakers.

Pictures are free to use, please credit StoneCrabs Theatre