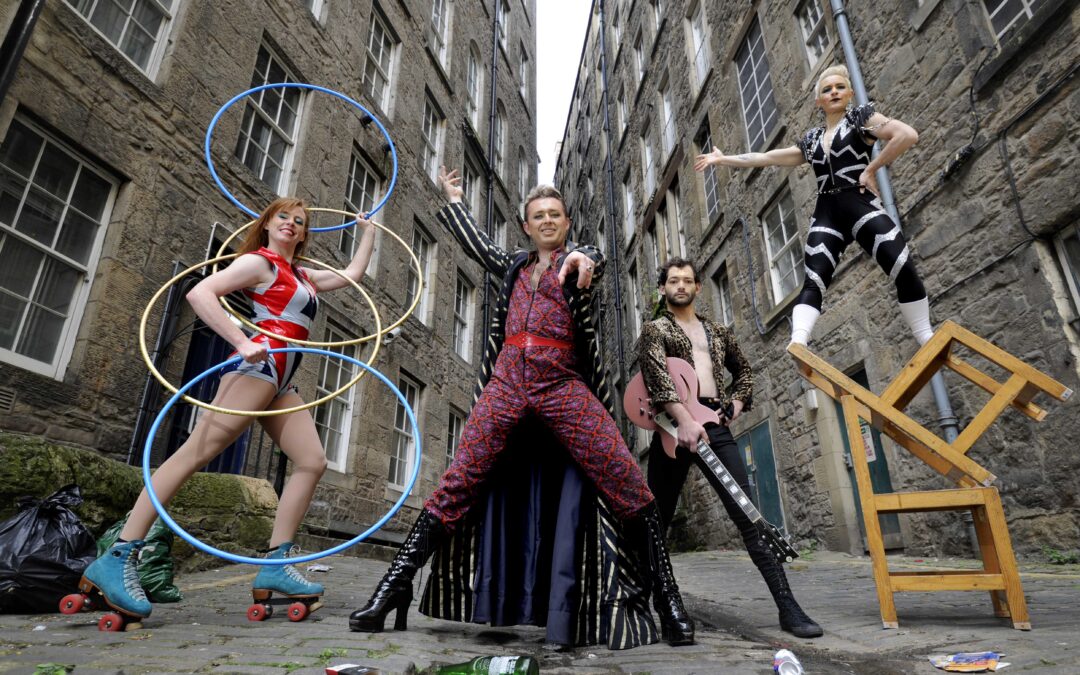 The spirit of David Bowie has returned to his old haunts in the city where he once lived and gigged and which helped shape his road to stardom.

Rebel, a high-octane critically-acclaimed live music Bowie-inspired circus, entertains audiences with hits from five decades of his career, including the 70s.

In the early 70s he lived for a while in a “shabby” Drummond Street flat, reputedly first donning face make up for a gig at Edinburgh Art College – generating claims that the city is the birthplace of Ziggy Stardust.

In 1973 he returned for what became a legendary concert at the Empire Theatre as part of the Ziggy Stardust Tour.

This was the period when he released The Rise and Fall of Ziggy Stardust with its famous cover showing a glam rock Bowie/Ziggy in urban backstreets.

Rebel revives the atmosphere and the hits of that, and his many eras, with powerful performances of songs such as Rebel Rebel, Suffragette City, Space Oddity, Heroes, Let’s Dance and Lazarus.

Stewart Reeve, the show’s lead singer and compere, said: “Edinburgh is a city where Bowie lived and gigged, and which seems to have influenced him in that crucial period when he rose to stardom with Ziggy. So it’s quite a pilgrimage for us to be able to bring this show from Australia to Edinburgh and to visit the places he would have known and the streets that inspired him.

“It all adds to our ability to recapture the style of a man who changed the world.

“Rock ’n’ roll circus is perfect for Bowie, with its glamour, fantasy and spectacle. Rebel aims to be more than a tribute, but to capture the aesthetic and the spirit of a performer who captivated the world across five decades.”

The glam rock show is packed with acrobatics, aerials and costumes evoking the style and look of one of the most influential cultural figures of modern times.

Rebel was inspired by Bowie’s own words: “I want to tart rock up. I don’t want to climb out of my fantasies in order to go up on stage – I want to take them on stage with me.”

Headlined by multi award-winner Stewart Reeve, this is not a show where the band hang about in the shadows – each member is a circus performer and it’s their acts that provide the action.

Rebel, with a cast from Australia, New Zealand and the USA, is making its international premiere at the Edinburgh Fringe after enjoying huge success in Australia.