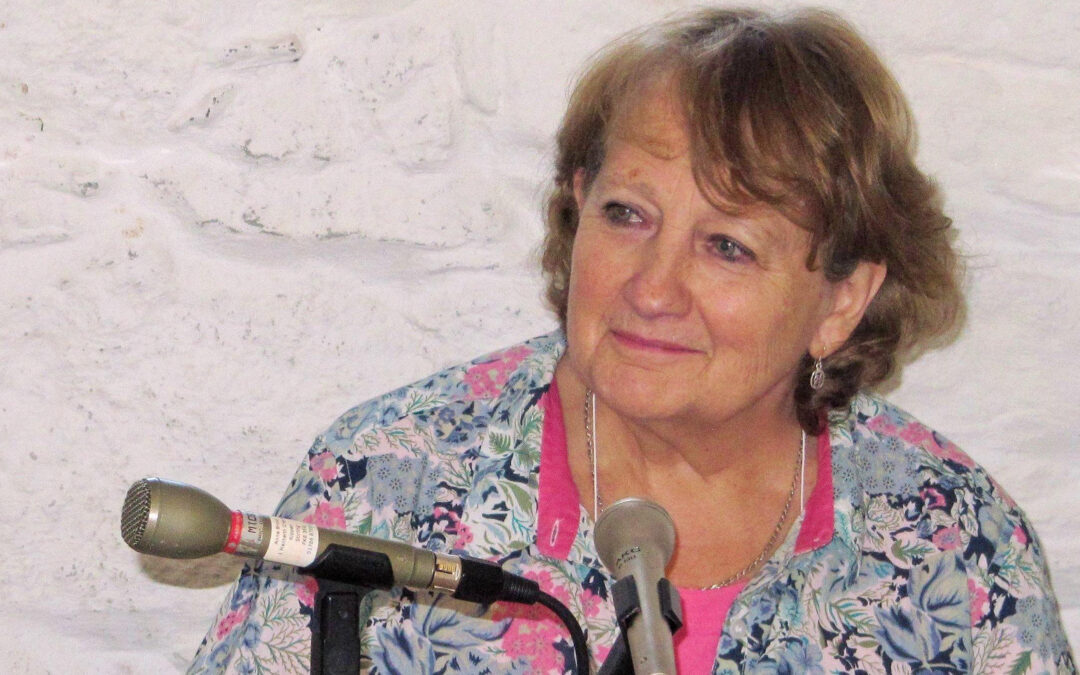 The 2022 Anne Brown Essay Prize for Scotland has been launched by Wigtown Book Festival – with the aim of promoting fresh, intelligent, thought-provoking writing.

The competition was established last year as a tribute to the former festival trustee and BBC radio journalist Anne Brown who died in June 2021 aged 78.

This year the prize is being run in partnership with The Herald newspaper.

As Scotland’s own essay prize it champions Anne’s lifelong commitment to independent thought, to rigorous and fearless journalism, to her deep humanity and her deep love of Scotland.

Supported by her children Jo and Richard, the prize is for non-fiction essays by writers in, or from, Scotland.

The judging panel, chaired by Scottish journalist and TV presenter Gavin Esler, will put a premium on new and previously unpublished work.

There are no set subjects for entries, and no specific requirements to write about Scotland, although entrants are encouraged to address “aspects of our shared social, cultural or emotional lives”.

Jo Lawrence, Anne’s daughter, said: “After mum died I received over 700 letters, many from young journalists who told me how she had given her time and helped them shape their careers.

“This essay prize is such an appropriate way to remember her – she was so uniquely curious – and the things that made her happiest were the Wigtown Book Festival, her journalism for the BBC and her family.”

Richard, her son who is a producer and writer known for True Detective, Outlaw/King and Catch 22, on behalf of the family said: “We’re very pleased that the Anne Brown Essay Prize will continue for many years to come, it’s an excellent initiative by the wonderful Wigtown Book Festival which will provide a compelling challenge to all writers with a connection to Scotland. Exactly as Anne would have wanted it!”

The winner of the inaugural prize was Scottish freelance journalist and documentary maker Dani Garavelli for The Bequest which was a moving and honest reflection on her heritage as an Italian Scot.

She said: “The Anne Brown Essay Prize is hugely important. There are vanishingly few platforms for essay writing despite the fact that, in recent years, writers such as Zadie Smith and Sinead Gleeson have demonstrated the strength and versatility of the form.

“So many writers are not reaching their potential, or giving up for lack of opportunities. I had wanted to try essay writing for a long time. When I saw the Anne Brown essay prize advertised I thought I’d give it a go.

“Winning it was one of the best moments of my life. I would encourage anyone at any stage in their writing career to enter – it’s a great opportunity.”

The winner, who will received £1,500 and a trophy designed by artist Astrid Jaekel, will be unveiled at the 2023 Wigtown Book Festival. Their work will be published in The Herald – ensuring it reaches a wide audience.

Adrian Turpin, artistic director at Wigtown Book Festival, said: “In a world of soundbites it’s essential to promote work that explores ideas and digs into issues at length and in detail.

“The Herald which, as a quality Scottish newspaper that promotes long reads and in-depth journalism, is a natural partner for us and for the Anne Brown Essay Prize.”

Catherine Salmond, Herald Editor, added: “The Herald is all about showcasing Scottish voices and the essay contest is an unrivalled way for writers to explore all aspects of life in this country.”

Anne had an accomplished career and spent most of her working life as a broadcast journalist with the BBC, starting in the London newsroom, moving to current affairs in Newcastle and in the mid-80s she joined BBC Radio Scotland, working as a reporter, presenter and producer in Dumfries, Selkirk, Aberdeen, Orkney and Shetland, as well as Edinburgh and Glasgow.

She wrote and produced many documentaries, produced Newsweek Scotland and Good Morning Scotland, and presented a regular series of programmes for the World Service. She was commissioned by Canongate to write a book about the alleged child abuse scandals in Orkney in 1991.