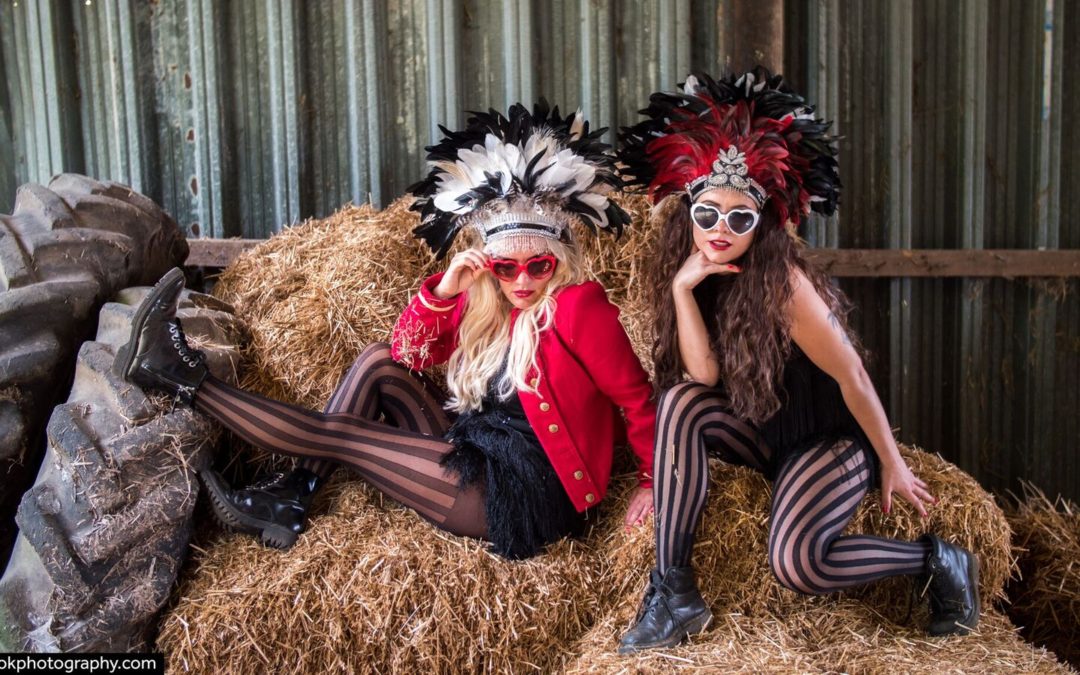 The dynamic and dazzling Electric Swing Circus is bringing its saucy and irresistible stomping sounds to Dumfries and Galloway.

Fronted by a sassy female double act, the Birmingham six-piece band packs one of the most distinctive, energetic and wild sounds around.

A crowd-puller at festivals and big city venues all across the UK, Ireland and beyond they are taking time to drop in at Moniaive for a gig at the Craigdarroch Arms on Friday, 26 October.

Band member Rashad Gregory said: “We’ve played at the Eden Festival and at the Edinburgh Festival, but it’s been a while since we’ve been to Scotland.

“It’s always been a great crowd in Dumfries and Galloway, so we are really looking forward to coming to Moniaive.”

The band are active in the electro-swing scene, running their own annual festival, Swingamajig, and regular club night, Hot Club de Swing, as well as curating acts for events and stages across Europe.

The band formed in 2011, and have since toured four continents, with nine countries and more than 30 festivals under their belts this summer alone. They’ve released two genre-defining albums on Ragtime Records, Electric Swing Circusand It Flew By.

Tim O’Sullivan, who runs the Craigdarroch Arms, said: “We’re really lucky to be getting these guys – they’ve previously been described as one of the highlights of Glastonbury.

“The sound is just amazing and I seriously doubt there will be anyone who is not up and dancing within about five minutes.”

Sure-fire festival favourites, the ESC excell in the live arena. Their energy and infectious enthusiasm can win over the toughest of crowds. As close to a guaranteed good time as you’re ever likely to find. Nick Hollywood – Founder White Mink Black Cotton

The ESC pulled one of the largest crowds we’ve ever seen at the Shambala main stage and they surely hold the record for the most audience members jumping in unison! Their sound is huge, their energy is infectious and the show unique – a real no brainer for bookers and festivals across the world. John Walsh – Director Shambala Festival

The Electric Swing Circus have become an annual fixture at the Twinwood Festival. They deliver an exciting and vibrant sound that hits the spot every time. The arena is always packed with an adoring crowd who would lynch me if I didn’t have them back every year!  David Wooding – Director of Twinwood Events Limited