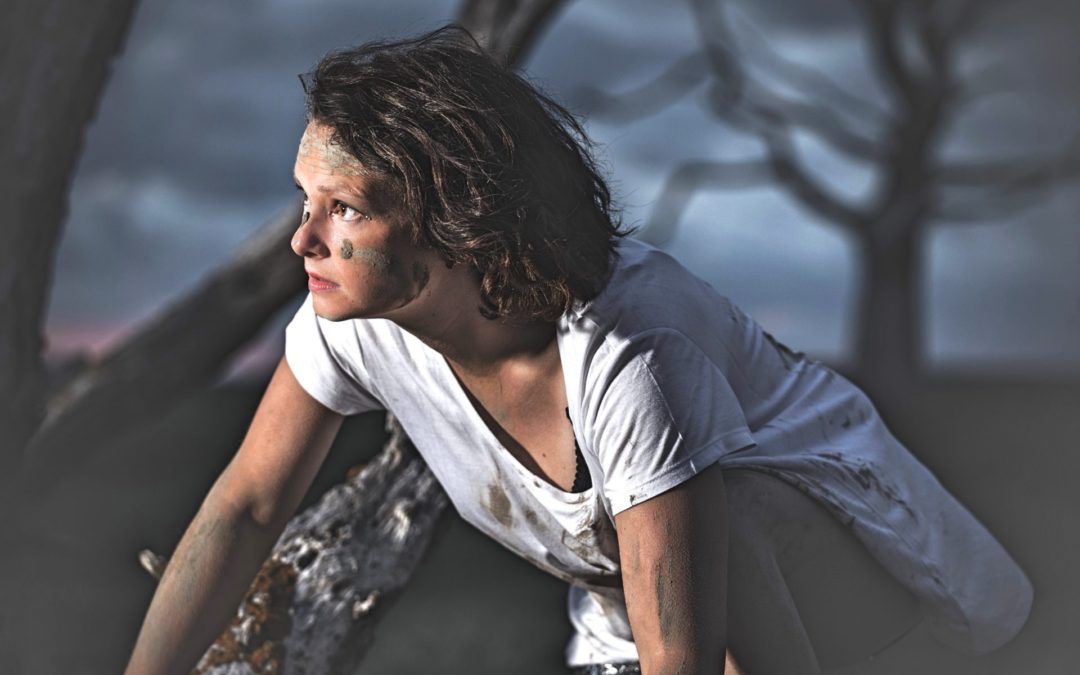 Bookshop Band fans have yet another treat to look forward to as Beth Porter, one half of the folk duo, releases a long-awaited new video and single.

It follows hot on the heels of the release of The Bookshop Band – Live in American Bookshops, a limited edition vinyl LP consisting of recordings made in 2019 on their debut tour of the US.

The tour took in 24 venues in 21 days including bookshops and libraries in New Jersey, New York, Colorado and New Mexico where the band played songs inspired by contemporary writing and classics from the UK and North America.

Beth’s new single When The Lights Are Bright (the title track of an album recorded with her band Marshes) is about the push and pull of being on the road and in the spotlight as an artist yet still wanting to lead a normal life at home.

It’s something the singer and cellist knows all about from being in high demand on the live music scene and in the studio, where she has recorded hundreds of songs with the likes of The Proclaimers, Maximo Park, Petula Clark, Eliza Carthy, Newton Faulkner, Jim Moray, Mel C and The Heavy.

The video, from the Marshes album, will be unveiled on 4 December and there will be a celebratory live online gig the same say. The single is an acoustic version of the song and is released on 11 December.

The gig will feature Ben Please, the other half of The Bookshop Band, who also made a guest appearance on the Marshes album, and comes from their home in Wigtown, Scotland’s National Booktown.

However the video, and much of the music, were created in Bristol, Porlock and other West Country locations, where the couple have very strong connections, having lived in Bath before heading north to settle in Scotland.

Beth said: “The Marshes project was very close to my heart, and I’m really looking forward to the single and the video being out there.

“We wanted to create something that explored the forces and pressures that performers feel and the struggle to reconcile the different sides of your character – the part that loves being at home in the countryside and the part that craves the high-octane life of rushing from city to city and climbing on stage at dozens of different venues.

“Martin Tompkin’s video captures this perfectly – shifting between a stark and seemingly desolate marsh, and an urban night scene with dazzle and bright lights.”

When The Lights Are Bright has a persistent beat but in a classic Beth style changes time signature throughout.

It has a folky riff backed by a pop band and is produced by Bristol guitarist Luke Cawthra. It features other talented musicians from the South West including Jools Scott, Sue Lord, Pete Gibbs and Paul MacMahon who are long term collaborators with Beth.

The song is led by Beth’s pure and unaffected voice and is built around her unique cello-led song-writing.

About Beth Porter and When The Lights Are Bright

Beth is best known as The Bookshop Band, and for Lost Words Spell Songs, a collaboration with Karine Polwart, Julie Fowlis, Kris Drever, Rachel Newton, Seckou Keita and Jim Molyneux inspired by The Lost Words by Robert Macfarlane and Jackie Morris. A lesser known side of her career has been in playing and writing for short films – she’s currently working on a project with Aardman Animation.

She says the new single is something like what would happen if Joanna Newsome went to Nashville and wrote a song with Anne Briggs and David Byrne from Talking Heads. It also brings to mind Richard Thompson and a 70s folk-rock vibe.

About The Bookshop Band’s new album

The Bookshop Band create songs inspired by literature, which they frequently perform in bookshops. The Who’s Pete Townshend praised them saying “I am enchanted – a great discovery and inspiration,” The Guardian said they are “A Guardian Books’ favourite”.

The tour came about after The New York Times laid down a challenge in an article that said: “If America’s independent booksellers can’t figure a way to get The Bookshop Band to tour America, they’re doing something wrong”.  The American Booksellers’ Association were soon in touch …

The Bookshop Band – Live In American Bookshops is available from book stores, record shops and online.

There is a bonus extended digital download included with the vinyl which includes songs inspired by Lewis Carroll’s Alice In Wonderland, and Shakespeare’s Richard II.

1) Once Upon A Time – using the first lines of books

2) Edge of The World – inspired by Etta and Otto and Russell and James, by Emma Hooper

1) Smog Over London – inspired by Burton and Swinburne in the Strange Affair of Spring Heeled Jack, by Mark Hodder

3) A Shop With Books In – inspired by bookshops

4) You Make The Best Plans, Thomas – inspired by Bring Up The Bodies by Hilary Mantel

5) Cackling Farts – inspired by The Horologicon, by Mark Forsyth

6) We Are The Foxes – inspired by Glow by Ned Beauman