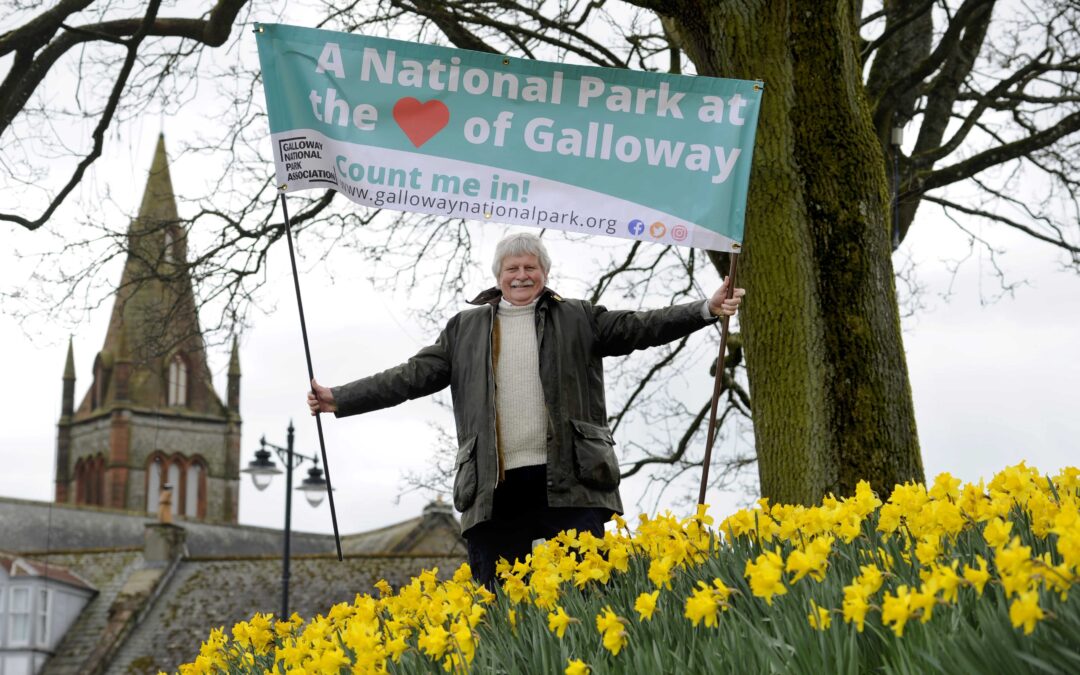 A campaign has been launched to encourage voters to seek out and support local election candidates who pledge active support for a Galloway National Park.

Every party in parliament now supports the creation of new National Parks and the Green/SNP administration has promised at least one by the end of its term.

Now the battle is on to make sure it comes to Galloway. Dumfries and Galloway Council’s (DGC) active support could make all the difference.

Rob Lucas, Chair of the Galloway National Park Association (GNPA), said: “This is an issue where candidates can mark themselves out as having a real vision for the future and how to bring sustainable prosperity to Dumfries and Galloway.

“We are urging people to ask candidates whether they will put their backs into making sure the next National Park is in Galloway, and to vote for those that will in May.

“If our council chooses to actively champion this cause it can have a tremendous impact – working with business and the community to convince the Scottish Government that it’s got to be Galloway.”

The GNPA is contacting all the candidates and asking them to state where they stand and pressing DGC to create a National Park Working Party which will work hard to make it happen.

While DGC has backed the idea of a Galloway National Park in the past, now is the moment to ensure it moves to the top of the political agenda.

There is already strong public and business backing for a Galloway National Park as it will bring lasting and widespread benefits by: