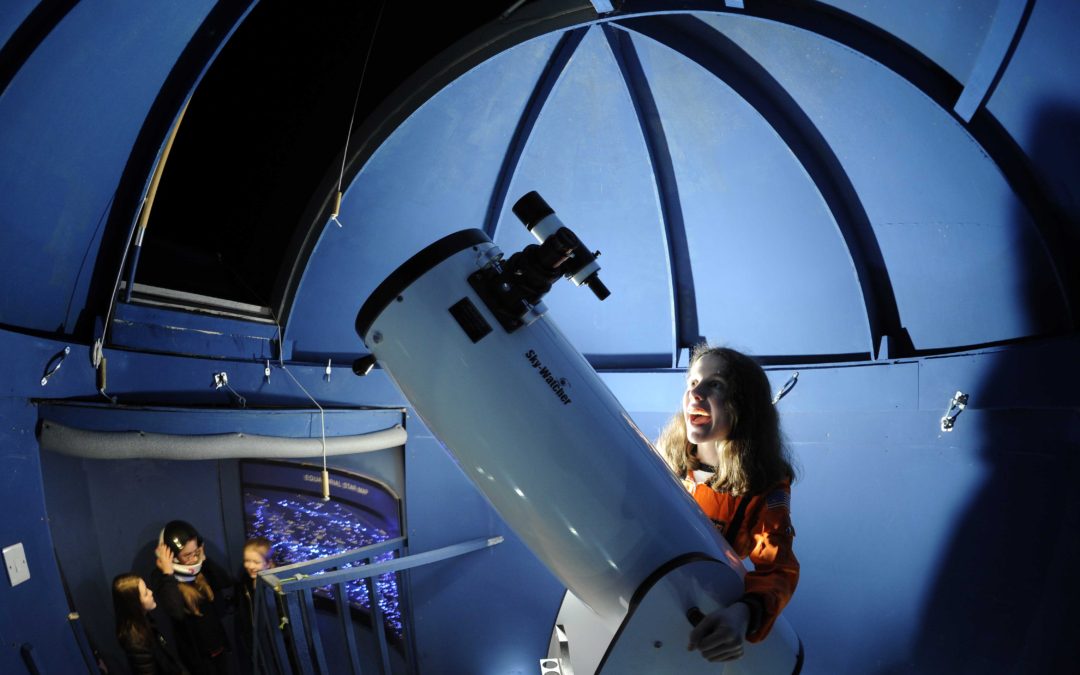 Space journalist Leo Enright will transform himself into the first seanchai of Mars to tell tales of humanity’s history on the Red Planet.

His event at Wigtown’s fourth annual Big Bang dark skies festival will see him adopt the guise of a traditional Irish storyteller as he unravels how human culture is shaping, and being shaped, by decades of Martian landings.

Also in the programme are other inspiring figures who spend their lives researching everything from artificial intelligence and dark matter to satellites and exploding stars.

Big Bang, from 3-5 April, will feature stargazing activities and the chance to make things go fizz, whizz and pop in a hands-on science workshop.

Leo, who covered many of the great events in space exploration for the BBC, will reveal some of the stories to be included in a new book called The Shaman Stones of Mars, which looks at how the arrival of landers and robots from 1976 onwards have given Mars the beginnings of a human history.

He said: “Even though it will be a long time before the first men and women set foot on Mars, human culture has already made an impact.

“I’ll be taking on the role of the first seanchai of Mars, to tell some of the unusual tales about how our expeditions have affected this other planet, and how it is affecting us.”

Leo recalls how he was at Pasadena mission control in 2004 when the Spirit rover landed and started sending back pictures.

“The first photo was a complete surprise – the surface was littered with what looked like marbles. The geologist beside me was taken aback because they were so unexpected yet so familiar.

“Something very similar is found in the Four Corners region of the USA where the indigenous Pueblo people call them ‘Shaman stones’ and traditionally believed that they were left by the spirits of the dead to show they were happy in their new world.”

Another photo showed that the stitch marks, made by the Vermont women who sewed the seams of the airbag which cushioned Spirit’s landing, had been clearly imprinted in the dust.

This is an ideal time to be thinking about Mars as European and US missions will soon be lifting off with the aim of discovering whether alien life once, or still, exists there.

Fellow Big Bang speaker Dr Joe Zuntz, a University of Edinburgh astronomer based at the city’s Royal Observatory, will talk about dark matter – the invisible and unexplained substance that makes up most of the universe.

He said: “No one knows what it is. There are all sorts of theories including that it’s gravity from a parallel universe. I tend to think it’s some form of exotic matter, which is the standard view. One of the things that’s so cool about the subject is that even the standard theory involves something completely weird.”

Joe’s love of astronomy began as an undergraduate when he realised that it involved the greatest extremes of size, speed, temperature, time, distance and power – from immense black holes to infinitesimally tiny particles.

Right now he’s involved in an international project to chart vast areas of space in greater detail and depth than has ever been tried before. Among the marvels that they see are supernovae, the remnants of stars that lived for billions of years before tearing themselves apart in brief and vast explosions.

Adrian Turpin, Creative Director of Wigtown Festival Company, said: “We are really looking forward to the return of our annual Big Bang festival and a weekend of space exploration with some of the most fascinating researchers and writers you could wish for.

“Scotland is playing an increasingly important part in the development of space science and industry. This is a chance to find out more, and to look deep into space yourself, as we are on the doorstep of the Galloway Dark Sky Park – with so little light pollution that 7,000 stars are visible on a clear night.”

For the full programme see www.wigtownbookfestival.com.