From Silk to Sculpted Horses – An Artistic Celebration at Marchmont Studios 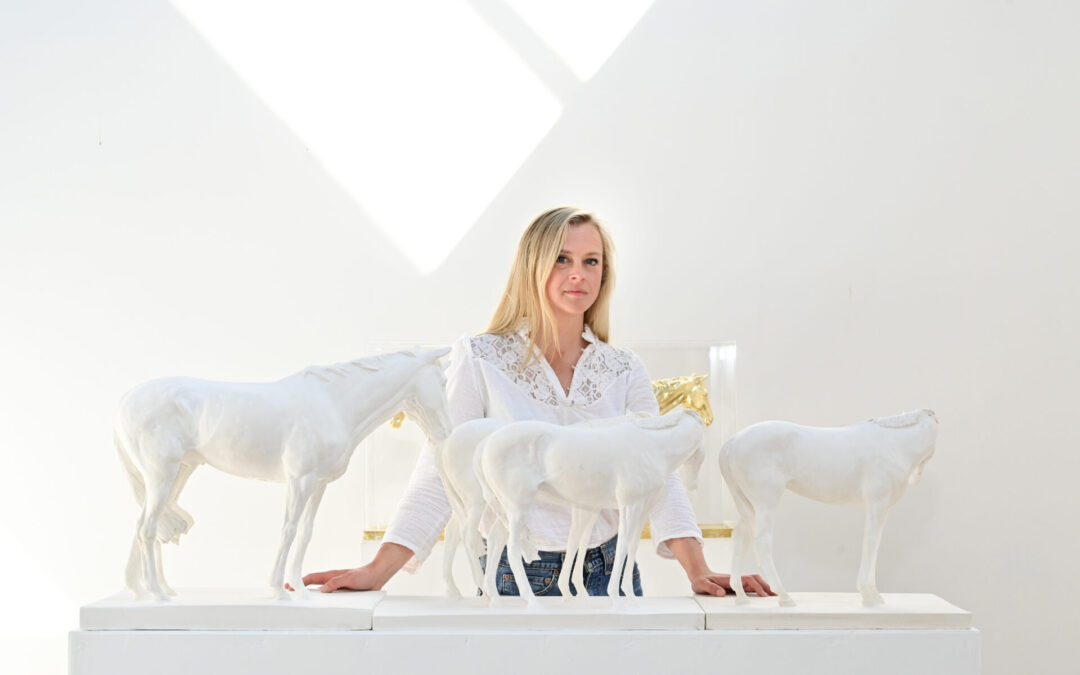 An open studios weekend at Marchmont House, in The Borders, gave visitors the chance to meet artists and makers exhibiting everything from vivid textiles to paintings, ceramics and sculpture.

The event took place at Marchmont Studios, a group of beautiful studios and workshops created through the refurbishment of outbuildings set round the former stable yard at the stately home near Greenlaw.

Among those taking part were:

Among the special guests at the open weekend was artist and promoter Richard Demarco CBE, who visited each of the studios, including Annabel’s.

A central theme of the event, on 28-29 August, was reconnecting society and nature through art and it involved a wide variety of emerging and established artists and makers.

Some (see notes) are long or short-term residents of the growing creative community based in the Marchmont’s Studios.

Hugo Burge, Director of Marchmont, said: “It was wonderful seeing the Marchmont Studios come to life, with visitors from all across the country enjoying the opportunity to see some superb contemporary art, and talk to the artists and makers about their work and inspiration.

“Many of them are inspired by nature and the need for contemporary society to reconnect with the natural world.

“It’s such a pleasure for us to be able to host events like this, and to help nurture talented creators and makers from across The Borders, the rest of Scotland and elsewhere in the UK.

“Our hope is that we will increasingly become a hub of artistic excellence and a place that holds events of all kinds to explore and promote creativity and the arts.”

In addition to the open studios event there were also guided tours of Marchmont’s outdoor sculpture collection, which features pieces from the 18th century to the present day.

There were special appearances by: