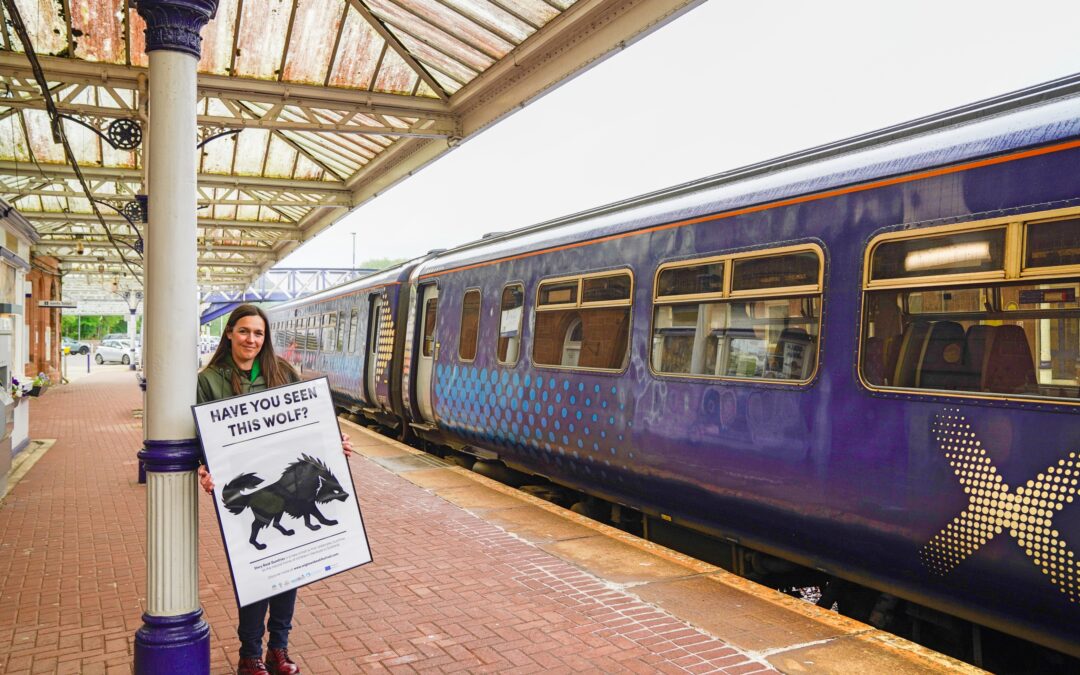 A wanted poster for one of the most dangerous and dastardly beasts in children’s literature now greets passengers at Dumfries railway station.

And murals have appeared around the town depicting the notorious Big Bad Wolf and his prey, the Three Little Pigs.

Heather has created the Story Book Trail – using shadow art – which references a variety of stories and writers, including J M Barrie and Rabbie Burns.

Among the locations along the route are Gracefield Arts Centre and Moat Brae, the National Centre for Children’s Literature and Storytelling – which was the birthplace of Barrie’s Peter Pan.

“The concept behind the art trail is that the Big Bad Wolf is on the prowl around town! I created shadow art to depict the wolf creeping around town, stalking popular characters from classic children’s tales and Peter Pan as well as a few wee courin timorous beasties from Burns.

“Shadow art seemed the perfect choice for characters lurking about and hiding. The concept of shadows is also an important theme in the story of Peter Pan as Peter’s shadow is captured and he and Tinker Bell have to retrieve it.

“I chose the Big Bad Wolf as the main theme as he is a popular character, with many versions in multiple children’s stories for decades, and even further back in fables and myths over the centuries. He’s known by many aliases including Zeke Midas Wolf or Br’er Wolf and this gave me the idea to create a wanted style poster to help introduce the character and help people find him around town.

“Characters in hiding from the wolf include the three little pigs, Tick-Tock the Crocodile and fairies from Peter Pan.

“I hope people enjoy the murals and have fun spotting them and learning more about the stories that inspired them.”

Ewan McIntyre, the library’s Resources Team Leader Communities, said: “The Ewart Library is delighted to be part of the Story Book Trail, when you arrive at the library there are activities waiting for you.

“Young and old can design their own flags to wave proudly before taking a silly photo with our Selfie booth.

“Come and dress as up as pirates, princesses, superheroes or create your own look and take custom pictures for sharing on social media. Before you leave sign the grandfather clock which our Story Book Creature runs up at night. We can’t wait for you to join the trail.”

The Story Book Dumfries project is being led by Wigtown Festival Company (WFC).

Adrian Turpin, WFC Creative Director, said: “The Story Book Dumfries initiative will aim to celebrate children’s literature in all its forms and build on the opportunity that the opening of the National Centre for Children’s Literature at Moat Brae offers the town and the region.”