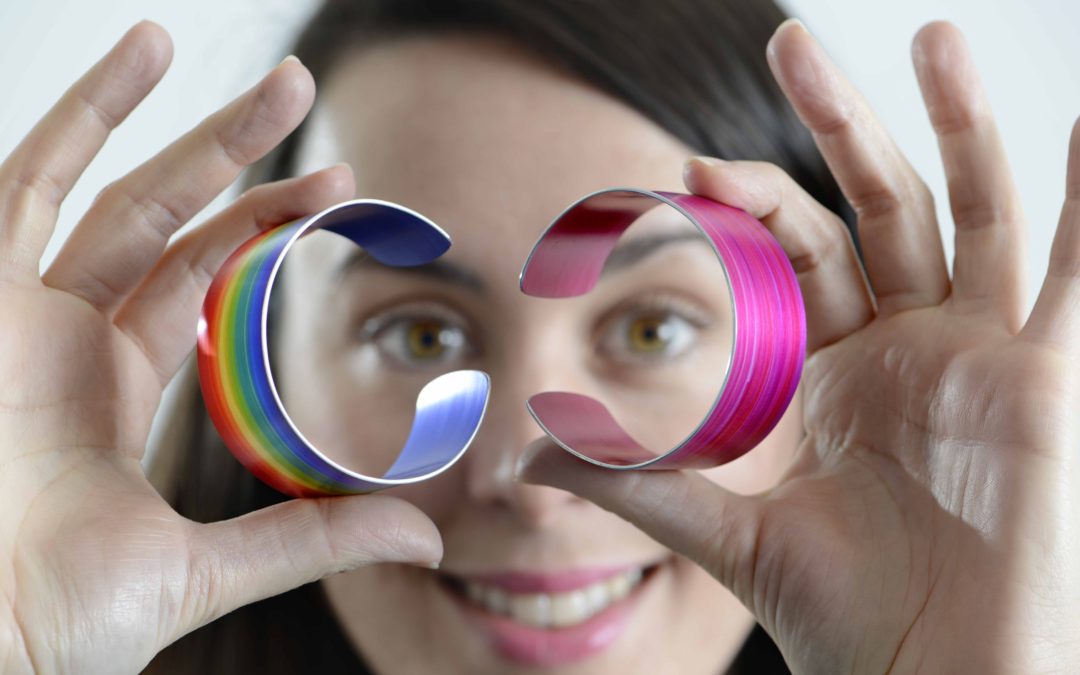 Scotland’s arts community is to receive a significant boost in 2020 as Wasps opens its 20th building – with a second multi-million pound project underway in Inverness.

Around two dozen diverse artists and makers (from jewellery makers, painters, photographers and sculptors to an international dinosaur illustrator) are already moving into the £4.5 million Perth Creative Exchange ahead of its official opening in February.

At the same time work started this month on the £3.5 million Phase 2 of Wasps [total cost: £5.7 million] Inverness Creative Academy, a project to create a vibrant home for creative industries in the Highlands.

The Perth Creative Exchange development has involved the transformation of the 1930s St John’s Primary School building, in Stormont Street, to provide 26 studio spaces,13 creative industry spaces plus many other support facilities.

The project marks a key moment in the expansion of Wasps – a national charity and social enterprise which expects to be providing high quality affordable studios and workspaces for over 1,000 tenants across Scotland by the end of 2020.

The facility, a partnership with Perth and Kinross Council, will support the area’s economy – enabling artists and makers (see case studies) to build up their businesses in a sector where earning a living can be tough.

Jon Hoad, whose illustrations are used the world over to show the public what fossilised plants and animals were like when alive, is delighted to have a high quality, affordable studio in the Perth facility rather than working from home.

He said: “It’s a brilliant opportunity for me. My pictures have been commissioned for use in museums, books, magazines and on TV, but now I want to expand my business to start producing things like T-shirts and posters of my own.”

For jewellery-makers Jenna McDonald, from Crieff, and Roberta Pederlozi, from Dunblane, having studios in Perth offers the chance to increase sales, run classes and build their businesses in other ways.

Jenna said: “I’d heard about this project about three years ago and thought ‘yes, that’s for me’.”

Roberta added: “Perth is such a lovely city – not too big and very friendly. I think that this building will really help it to become a creative hub. It is also superbly located, within easy reach of everywhere from Aberdeen and Dundee to Edinburgh and Glasgow.”

The studios can transform tenants’ working lives in other ways.

Ceri White, a ceramicist from near Dunning specialising in colourful planters, had previously been working in a small wooden shed.

She said: “I kitted it out when I moved to the area, but in the winter it’s barely usable it’s so tiny, cold and damp. These days I need to work more efficiently and to have more space, so this studio is perfect for me.”

In addition to studios, Perth Creative Exchange will provide 13 workspaces for creative businesses, a teaching space, hot-desking area and meeting rooms plus a public café, gallery and project space. It is also home to The Famous Grouse Ideas Centre which is dedicated to incubating creative businesses.

It is hoped Perth Creative Exchange will provide the right infrastructure and support to keep creative people in the area – including University of the Highlands and Islands graduates who often leave the area after completing their course in Perth because of the lack of suitable facilities and employment opportunities.

Audrey Carlin, Wasps Chief Executive Officer, said: “This really is a landmark moment for us – with the opening of our 20th building in 2020, having Phase 2 of our Inverness project underway and being able to provide high quality studio and workspace for 1,000 tenants all across the country.

“Wasps has come a long way since it opened its first studios in Dundee back in the 1970s. We are now supporting Scotland’s creative community in facilities from Shetland to Dumfries and Galloway.

“The Creative Exchange facility could make a real difference to Perth, and the surrounding area, providing a much-needed boost to the artistic community while developing the creative economy.

“Wasps is already home to Scotland’s biggest creative community and the largest organisation of our kind in the UK. There is a very long way to go, however. Scotland is rich with creative talent – but the support needed for creatives to flourish is ad hoc. Our mission is to help solve that problem.

“Far too many creative people find it a struggle to make a living in the parts of Scotland where they want to live and work. Instead of working from garden sheds and kitchen tables, many of them need proper workspaces where they can focus on their work, run classes, meet clients, collaborate with other artists and have access to business support.

“This is underlined by the enthusiasm and uptake of space from artists whenever we open a new building – and the level of support from partners, such as local authorities, when they recognise the social, cultural and economic benefits it can bring for their areas.”

Perth & Kinross Council, Leader, Councillor Murray Lyle said: “Perth and Kinross has one of Scotland’s strongest creative sectors and feedback from artist and makers across the region, was that a game changer would be the provision of workspace and studios.

“The idea of the Creative Exchange is to provide a space where entrepreneurs, students and the community can meet, talk and spark collaboration and we’re delighted to have achieved this.

“The Famous Grouse Ideas Centre at the heart of the building will also provide a fabulous space for workshops and training as well as exhibitions, and the café will hopefully attract locals and visitors alike.”

Wasps specialises in regenerating redundant historic buildings and turning them into centres of creativity. In recent years it has invested in Inverness, Skye, Perth, Orkney and Nairn to deliver creative hubs in each community.