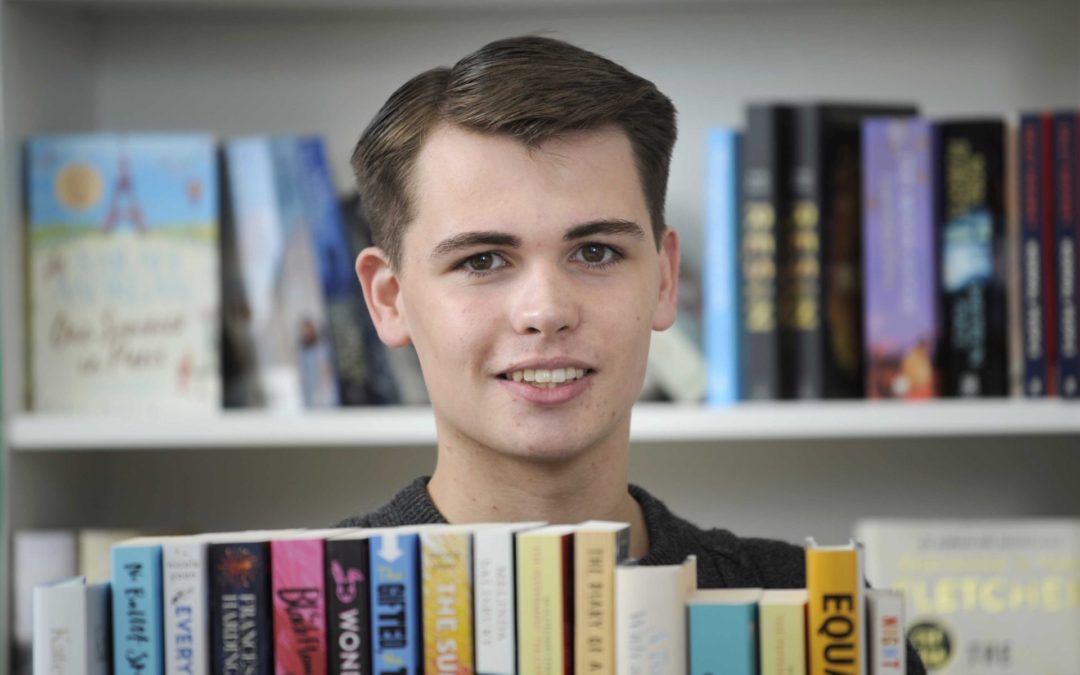 This year’s Wigtown Book Festival aims to be an event for every age and interest – using digital technology to make it more accessible than ever before.

It features Wigtown YA, the UK’s largest YA literature festival, which sees some of the best young adult authors around taking part in free online discussions.

Wigtown YA has been programmed and by six young volunteers, aged 14-25, and is led by Andy Stewart, who volunteered for several years before being employed as Wigtown Festival Company’s Young People’s Co-Ordinator.

Andy said: “Our digital programme aims to showcase the welcoming and accessible nature of our usual physical YA programme, and maybe even share it with a wider audience because this year it all has to be online.

“This year’s Wigtown YA programme has been curated with themes of resilience, diversity and looking to the future very much in mind.

“It features some of most well-known YA authors of the last decade, and we hope that it will appeal to an intergenerational audience.”

In order to broaden accessibility there will be StageTEXT subtitles for some live events including Rosemary Goring’s Magnusson Lecture The Afterlife of Mary Queen of Scots and Colum McCann’s discussion of his book Apeirogon as well as the presentation of the annual international Wigtown Poetry Prize.

Big Wig also returns, offering a wide range of events and activities for children – some of them highly interactive. Authors Renita Boyle and Vivian French, along with illustrator Shoo Raynor, will take on the challenge of creating and illustrating a story about Wigtown in just 60 minutes.

The audience is invited to join in as storyteller Ailie Finlay presents The Bookshop Brownie – the tale of a tiny man who used to live under the stairs in Wigtown’s bookshops.

There will also be events with Evernight author Ross MacKenzie. Eoin McLaughlin and Polly Dunbar will present their heart-warming picture book While We Can’t Hug which is full of ideas for children about how to show affection while social distancing.

Anne Barclay, Wigtown Book Festival operational director, said: “We want Wigtown to be a festival for everyone, so we are trying to make the most of digital technology. One advantage is that you don’t even have to be in Wigtown to hear readings, take part in discussions or enjoy interactive events.

“Another is that events will be available online for at least a month, so people can enjoy them anytime – whether it’s live in the living room or in their pyjamas over breakfast.”

The Wigtown Festival Company has also been awarded £5,000 from the Scottish Children’s Lottery to support its work with young readers.

The grant is part of Chance to Connect which supports projects working in the areas of community development and citizenship, giving young people across Scotland the chance to live in a safe, supportive and stimulating community.

Wigtown Festival Company would also like to thank the Holywood Trust for its support of Wigtown YA and Baillie Gifford for supporting the Big Wig children’s programme.

Wigtown Book Festival is generously supported by funders including Dumfries & Galloway Council, EventScotland and Dumfries & Galloway Council, with support from the investment company Baillie Gifford and from Holywood Trust, which supports the children’s and young people’s programmes. NatureScot is also supporting a series of events at the festival as part of Scotland’s Year of Coasts and Waters.

About the Scottish Children’s Lottery

EventScotland is a team within VisitScotland’s Events Directorate, the national tourism organisation which markets Scotland as a tourism destination across the world, gives support to the tourism industry and brings sustainable tourism growth to Scotland. For more information about VisitScotland see www.visitscotland.org or for consumer information on Scotland as a visitor destination see www.visitscotland.com.

Creative Scotland is the public body that supports the arts, screen and creative industries across all parts of Scotland on behalf of everyone who lives, works or visits here.  We enable people and organisations to work in and experience the arts, screen and creative industries in Scotland by helping others to develop great ideas and bring them to life.  We distribute funding provided by the Scottish Government and the National Lottery. For further information about Creative Scotland please visit www.creativescotland.com.  Follow us @creativescots and www.facebook.com/CreativeScotland.