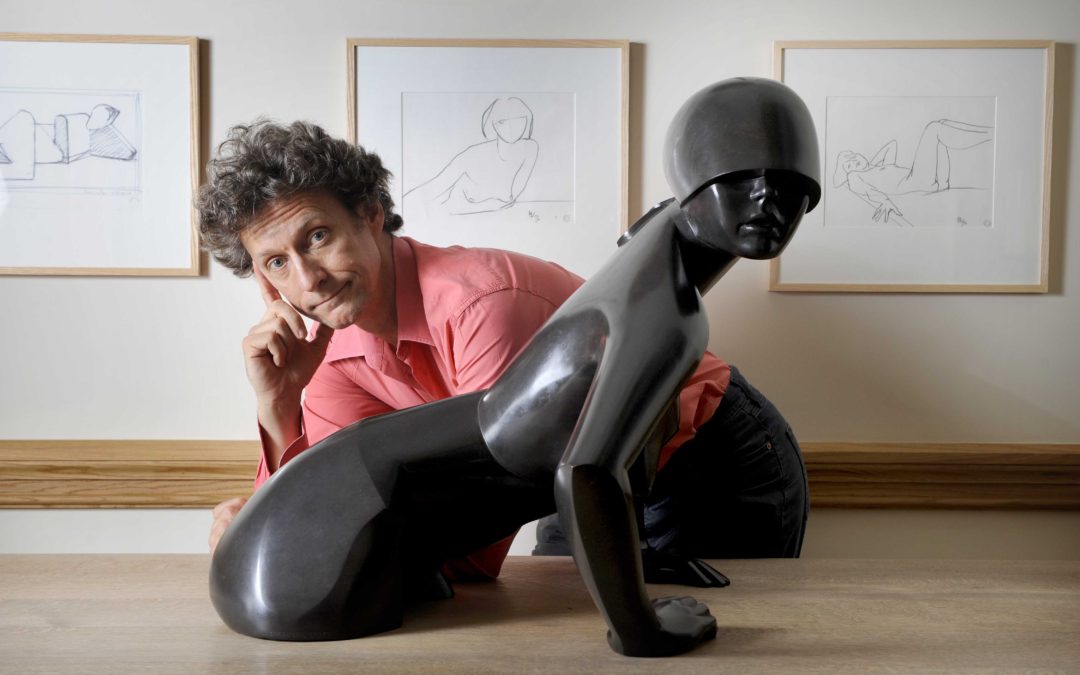 A special event celebrating modern Scottish sculpture and featuring internationally renowned speakers from the arts world is to be held at one of the country’s finest stately homes.

Exploring Modern Scottish Sculpture @ Marchmont House, on 21 September, also offers the chance to see one of Britain’s finest collections of modern sculpture from all across the UK.

Artists, art experts and industry leaders will gather at the beautiful mid-18th century Palladian mansion in the Borders to explore considerwhat Scottish sculpture stands for, and to shine a light on the giants like Eduardo Paolozzi, William Turnbull and Gerald Laing.

They will also uncover hidden stories and offer their support for the new generation of talented sculptors working in Scotland today.

Marchmont’s Director Hugo Burge, said: “Scotland has been a source of beautiful, inspiring and internationally influential modern sculpture since the Second World War, but it has often been under-celebrated.

“This is something we want to help change by giving people the chance to discover more about the artists and their work from speakers with a deep understanding and love of the subject.

“But this will also be a chance to spend time looking at the extraordinary collection of sculpture which has been created at Marchmont – which includes pieces by some of the wonderful sculptures who our speakers will discuss.

“Just as importantly we will also be championing the current generation of Scottish sculptors – and to help raise awareness of the superb work they are creating.”

Philip Smith, Associate Director of Lyon & Turnbull, said: “We are delighted to be part of such an exciting movement to promote the field of Scottish sculpture as its importance in the art world truly starts to be rightly recognised. Marchmont is the perfect location to host a forum, the presentation of such a wonderful contemporary sculpture collection in an historic Scottish setting will make for a truly unique event.”

The tour of the sculpture at Marchmont House This will include the chance to see work by William Turnbull, Gerald Laing, Eduardo Paolozzi, Steve Dilworth and locally based artists Keith McCarter, Charlie Poulsen and Frippy Jameson.

Guest speakers and panellists include Alexander “Sandy” Stoddart, Scottish sculptor and Queen’s Sculptor in Ordinary in Scotland, along with Andrew Patrizio who holds the Chair of Scottish Visual Culture at the University of Edinburgh, Edinburgh College of Art.

Operating since 1826, Lyon & Turnbull are Scotland’s oldest fine art and antiques auctioneers.   The company’s galleries in London and Glasgow complement the historic Georgian headquarters and main saleroom in Edinburgh. Hosting nearly 35 specialist auctions per year across the UK there is always something to see at Lyon & Turnbull: from jewellery and watches to fine furniture; traditional British and European art to Modern & Contemporary stars; European decorative arts and design to fine Asian art from China and Japan. www.lyonandturnbull.com

Pangolin London is one of the city’s few galleries dedicated to exhibiting sculpture. Representing a solid stable of both established and emerging artists and artist estates, Pangolin London curates a dynamic exhibition programme that focuses on the historic developments of British Sculpture as well as the cutting-edge contemporary. See www.pangolinlondon.com

Richard Demarco CBE is an artist and promoter of the visual and performing arts. He has been one of Scotland’s most influential advocates for contemporary art through his work at the Richard Demarco Gallery and the Demarco European Art Foundation, as well as his professorship at Kingston University in London. His contributions to contemporary art internationally have been recognised on numerous occasions, receiving the Polish Gold Order of Merit, the Cavaliere della Republica d’Italia, the Chevalier des Arts et Lettres de France and the Order of the British Empire.

He was co-founder of the Traverse Theatre in Edinburgh in 1963. Three years later he and other organisers of the gallery space left the Traverse to establish what became the Richard Demarco Gallery. For many years, the Gallery promoted cross-cultural links, both in terms of presenting artists such as Marina Abramovic within Scotland and in establishing outgoing connections for Scottish artists across Europe. Since the early 1990s, Richard Demarco’s activity has been manifested through the Demarco European Art Foundation.

Kenny Hunter studied sculpture at Glasgow School of Art between 1983 and 1987. Since then he has exhibited extensively in Britain and abroad including solo exhibitions at Arnolfini 1998, Scottish National Portrait Gallery 2000, CCA 2003 , Yorkshire Sculpture Park 2006 and Tramway, 2008. Hunter has also created a number of high profile, public commissioned works in including; Citizen Firefighter, 2001, outside Glasgow’s Central Station, Youth with Split Apple, 2005, Kings College, Aberdeen and iGoat 2010 in Spitalfields, London. He has recently completed a large frieze entitled “Blackbird (the persistence of vision) for Leicester Square, London. In 2015 Kenny Hunter was given the role of Programme Director for Sculpture at Edinburgh College of Art.His most recent public commission is a War Memorial for the London Borough of Southwark.

Keith McCarter works mainly in bronze or stainless steel, often incorporating water in the concept, also many works in two-dimensions in concrete, grp, etc ranging from murals to complete cladding design. Has over 30 works in the public realm in the UK and abroad and has worked with several eminent architects and landscapers – Niemeyer, Foster, Tange, Jellicoe, etc.

Andrew Patrizio holds the Chair of Scottish Visual Culture at the University of Edinburgh, Edinburgh College of Art. He focusses on two areas: firstly, Scottish post-1945 art – writing texts for artists and exhibitions since the late 1980s; and secondly, ecological themes and methods. His new monograph The ecological eye: assembling an ecocritical art history is just out (Manchester University Press, 2019). Prior to his academic career, he had curatorial posts at the Hayward Gallery, London and Glasgow Museums. He is currently on the Little Sparta Trust (Ian Hamilton Finlay’s garden) and is a founding member of the European Forum for Advanced Practices.

Charles Poulsen has been making for nearly 30 years since a degree in Fine Art at Loughborough and MA in Fine Art at Nottingham (1986). He now lives and works in the Scottish Borders with his wife Pauline Burbidge (textile artist). Since 1994 they have had an Open Studio with a guest artist at the beginning of August. He works in drawing, sculpture and growing sculpture. See www.charlespoulsen-sculpture.comand www.growingsculpture.com.

Alexander “Sandy” Stoddart (born 1959) is a Scottish sculptor, who, since 2008, has been the Queen’s Sculptor in Ordinary in Scotland. He works primarily on figurative sculpture in clay within the Neo Classical Tradtidion. Stoddart is best known for his civic monuments, including 10 feet (3.0 m) bronze statues of David Hume and Adam Smith, philosophers during the Scottish Enlightenment, on the Royal Mile in Edinburgh. Stoddart says of his own motivation, “My great ambition is to do sculpture for Scotland”, primarily through large civic monuments to figures from the country’s past.