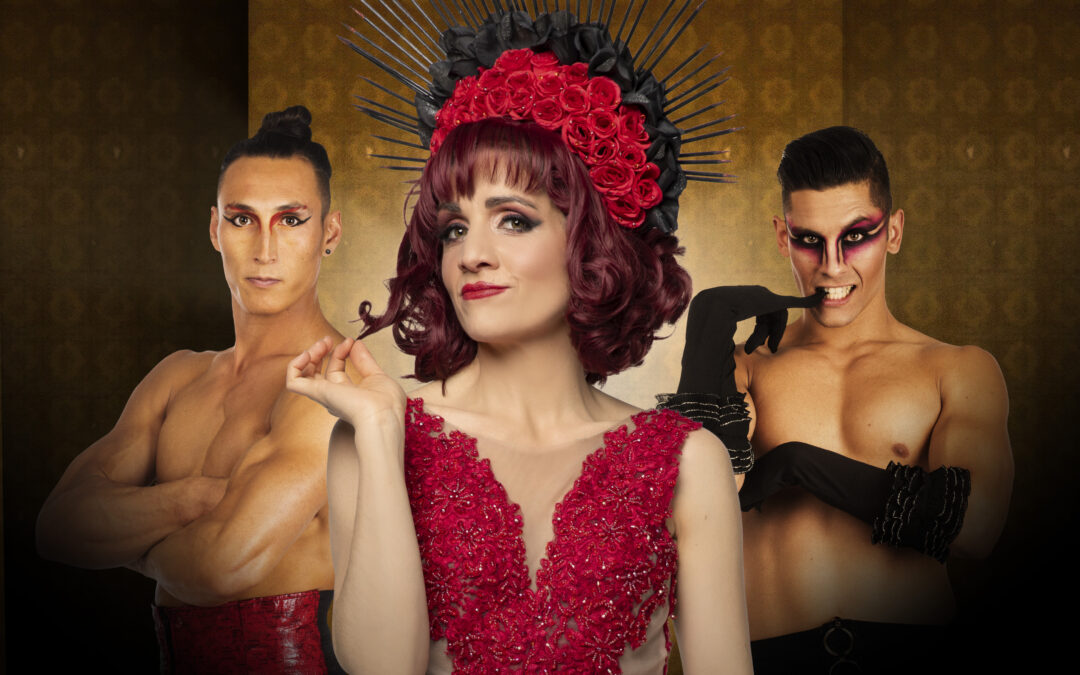 Delicious in its irreverence and fun, Rouge loves to break conventions, and does so with an abundant humour that has seen it win awards and international critical acclaim.

The Daily Mail said: “One badass sizzler of a show” – Daily Mail ★★★★★, The Circus Diaries: “This is a show that welcomes in all kinds of sex and love, embraces it, then gives it a big sexy kiss on the cheek …”, Diva called it: “An operatic orgasm that has to be seen to be believed” ★★★★★. Smut Buttons awarded it ★★★★★ saying “if you aren’t turned on by this you might want to consult a physician, because you’re probably clinically dead”.

A ★★★★ review from The Scotsman made it clear that: “For each cheeky aside or fun moment of audience participation, there is skilful artistry”.

Described as “circus for grownups” Rouge is presented by the Highwire Entertainment production house that specialises in circus and multi-artform performances and events worldwide.

Elena Kirschbaum, the show’s director, said: “We love turning convention on its head, celebrating sexuality and putting on a breathtaking display of fast-paced circus skill. Right now audiences are in search of something fun and somewhere to unwind. That’s Rouge in a nutshell.”

Reviewers are welcome from 6 August.