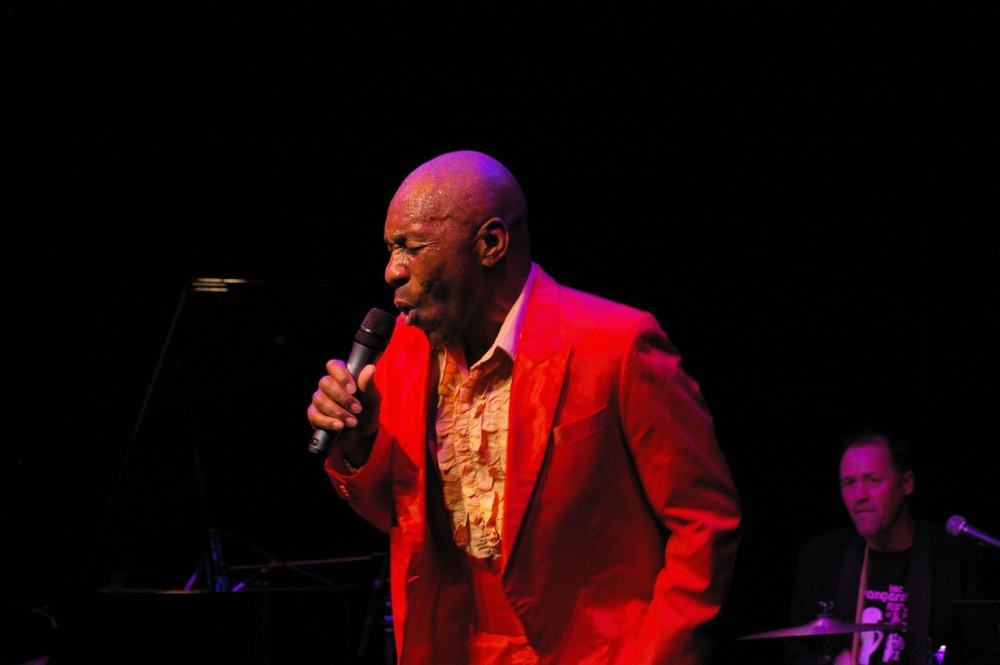 Living legend Movin’ Melvin Brown is bringing a Broadway version of his acclaimed show devoted to Black music from the 50s to the present to the Edinburgh Fringe.

It’s a rare opportunity to be entertained by a man who was at the heart of a musical, social and cultural transformation.

A widely respected veteran performer, Movin’ Melvin is still hoofing it at the age of 76. As a young man he was one of the astonishing generation of Black entertainers who helped defeat segregation through music, dance and song.

Movin’ Melvin Brown: A Man, A Magic, A Music is a journey through Black Music history in song, tap-dance, comedy and storytelling and takes place at the Pleasance/EICC (Lomond Theatre), 5-27 August.

As he narrates the story of his life, baring all and pulling no punches: the opening anecdote tells of his first encounter with the “n” word. Melvin walks on, singing an unaccompanied spiritual, Change Gonna Come, and through the show presents music from Ray Charles, Jackie Wilson, Sam Cooke, The Temptations and many more, including Prince and Michael Jackson. He also presents characters such as the black preacher, the music box dancer and the male dancer.

After decades of touring, and worldwide rave reviews, Melvin is ready to get the Fringe audiences shaking and grooving with his five-star musical which is packed with iconic tunes, great dance moves and amazing true stories from his life.

In this latest version of his musical Movin’ Melvin Brown, who was born in 1945 and raised in Cincinnati, Ohio, shows how he earned his nickname: “Mr Entertainment”! It’s a fresh take of Melvin at his best – a Broadway version of the musical that got him five-star reviews on a previous premiere appearance in Edinburgh, as well as awards in Brighton, New York, Vancouver, Ottawa, Toronto, and Wellington.

It’s a unique blend of singing, tap dancing and comedy plus a journey through his life. Movin’ Melvin Brown – A Man, A Magic, A Music! is an evening you won’t want to forget.

The show unfolds Black Music history with true stories that prove that life is often funnier than fiction. In the early 70s Melvin was the vocalist and writer for the iconic, funky band Movin’ Soothin’ & Stone Funk Band which had a Soul hit on the charts (Send Me Some Love).

They intensively toured through Canada and the US, to make it to Alabama where their support act was Lionel Richie & The Commodores. Movin’ Melvin also shared the stage with Stevie Wonder, Willie Nelson, James Brown, The Isley Brothers (who he went to school with), BB King, and many more.

With a career spanning five decades of award-winning singing, dancing and storytelling, Movin’ Melvin Brown is a legend of soul. He’s been a feature performer for Oprah Winfrey (at Maya Angelou’s 70th Birthday party) and opened for Harry Connick Jr. in Australia. He’s toured to France, Italy, Switzerland, Japan, HK, NZ, Canada, as well as New York with rave reviews and sold out performances. Two of Melvin’s early soul hits ‘Send Me Some Love’ and ‘Loves Stormy Weather’ have recently been rediscovered, released as 45 vinyl and played on radio in the UK, North Europe and in Japan…

“Exceptional, sheer brilliance! When it comes to all- singin’, all dancin’ foot entertainment, Movin’ Melvin is your very man” – The Scotsman ★★★★★

“He was an absolute delight to watch … He was so popular that we have been inundated with requests for his return” – BBC/Worldart, Edinburgh Festival Review ★★★★★

“The audience hang on his every word, warmly laughing along with his rich chuckle and there’s even a chance to get up and have a dance with the man himself” – ★★★★★ Broadway Baby

“It’s a rare treat: to have an all-round performer of Melvin Brown’s calibre and background is an opportunity that doesn’t come every day!” – The Age, Melbourne

“Everybody loves a song and dance man when he sings and dances like Movin’ Melvin Brown. Brilliant! Don’t miss him” – EdinburghGuide.com ★★★★★