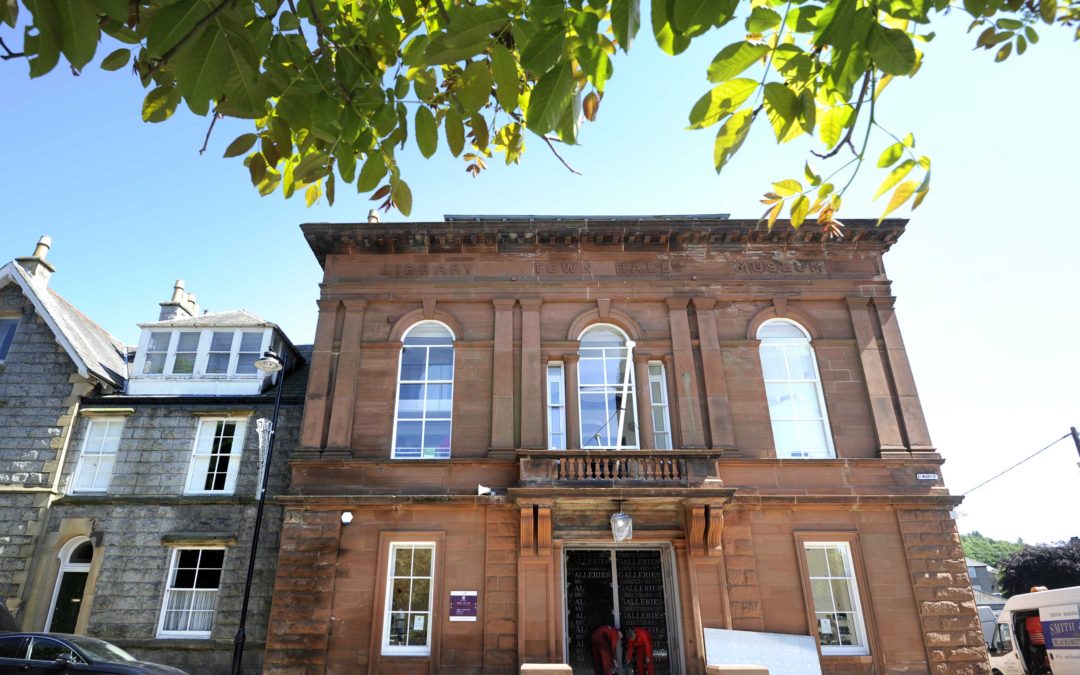 The success of the new Kirkcudbright Galleries and the V&A in Dundee has led to calls for a summit where local authorities can share their experiences in driving forward the cultural sector.

Dumfries and Galloway Council Leader Elaine Murray believes that the time is right to share best practice across Scotland, as a way to promote further positive change.

The Kirkcudbright Galleries opened in Scotland’s national Artists’ Town in June with the aim of attracting 40,000 visitors in the first 12 months – they are already close to 30,000.

The gallery is also acting as a springboard for new events.

Next month will see the 10-day Kirkcudbright Festival of Light, which will include art installations at the gallery, concerts, the illumination of key buildings such as The Tolbooth and the castle, plus community activities.

Councillor Murray said:“Scotland’s local authorities have shown once again that they can play a critical role in delivering large-scale arts and cultural projects that bring lasting benefits for the communities they serve.

“This can be strengthened and built on. We are examining options to bring local authorities together to share experience and best practice and look at how they can help further develop the country’s cultural economy.

“The arts and cultural economy is a major asset in so many ways – from career opportunities, tourism and economic regeneration through to community cohesion, health and wellbeing.

“For a town of 4,000 like Kirkcudbright to attract 30,000 visitors to its new galleries in just a few months is tremendous. And likewise the V&A is proving an enormous benefit to Dundee.

“The Kirkcudbright Festival of Light is an example of how vibrant and exciting cultural attractions can act as a focus for all sorts of imaginative initiatives.”

The £3.6 million Kirkcudbright Galleries project saw the transformation of the former town hall to provide a permanent home for the “nationally significant” Kirkcudbright Artists’ Collectionwhich consists of more than 600 works of art and craft.

The council is supporting the Kirkcudbright Festival of Light, 5-14 October, which is a celebration of the remarkable quality of light in the south-west Scottish town, which has inspired generations of artists.

The festival promises an exciting mix of activities and entertainment (all on the theme of light) led by an international programme. It will open with recitals by Emma Morwood and Jonathan Fisher and conclude with a concert by the Scottish Ensemble.

The galleries will be hosting Illumphonium, a dynamic and interactive multi-sensory music-making installation and will also display a specially commissioned glass sculpture inspired by Kirkcudbright’s light and its coastal heritage.

The local community is coming together to create light displays in historic streets and hidden corners, craft workshops, a Diwali celebration, music, a lantern parade and fireworks and a 60s and 70s night called Trip the Light Fantastic.

Colin Saul, who is among the festival organisers and who is one of the people behind the hugely popular annual arts and crafts trail, said:“The new galleries have been a tremendous success, they provide a wonderful central focus for Scotland’s Artists’ Town.

“This is a very creative community and the galleries provide a really important catalyst for all sorts of other events and activities to emerge. The festival of light is one example, and there will be many, many more to come.”

These days the area near Kirkcudbright is not only valued for its light – but its darkness as well.

The Galloway Forest Dark Skies Park has one of the lowest levels of light pollution in the country – making it possible to see more than 7,000 stars with the naked eye.

One of the festival’s attractions will be a mobile planetarium that will give visitors an idea of what is visible in the heavens.