Farmers Back Plan for Galloway National Park Ahead of Election 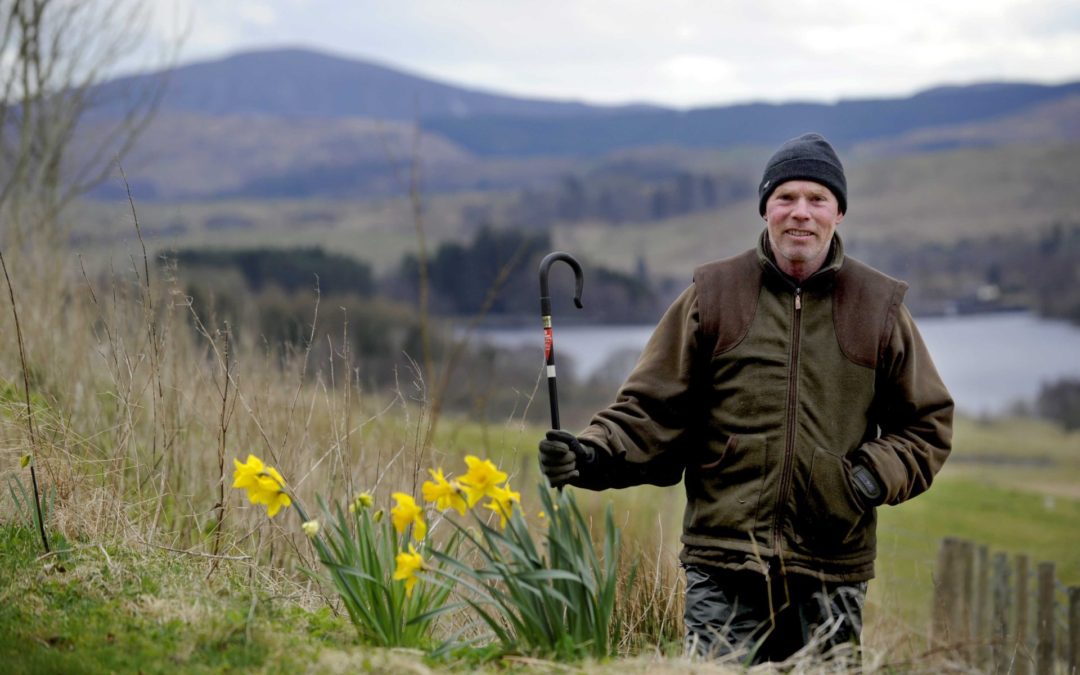 Galloway farms could be among the major beneficiaries if a National Park is created in the region.

The issue is already high on the political agenda with the Conservatives, Greens, Labour and Liberal Democrats all supporting the idea of more National Parks in their Scottish Parliamentary election manifestoes.

There is also active backing from SNP MSPs.

Farmers in different parts of the region have also been showing their support.

Among them is Robert McTurk (pictured by Colin Hattersley), who has a farm above Loch Ken near St John’s Town of Dalry. He said: “As a hill farmer I would welcome a National Park. I think hill sheep and cattle farmed in a sustainable way, on the hillsides where they have grazed for centuries, would be valued by visitors and anyone involved in the park’s governance.

“The value of grazing hill ground in terms of carbon capture has not yet been fully recognised and would compete with the planting of trees.

“I hope that a National Park in Galloway would create a balance – and point the way forward.”

Christopher Nicholson, who farms near from Whithorn, recently wrote to MSPs to say: “There are many farmers in the south west who are supportive of proposals for a Galloway National Park, some of whom are involved with community initiative groups which believe that a National Park can only benefit this area.

“Farmers throughout the area are increasingly looking to diversify incomes to secure their long-term future, and the majority of these farm diversifications rely on increasing tourism and visitor numbers; a National Park is a well-recognised brand which would clearly help to sell Galloway as a destination.”

The Galloway National Park Association (GPNA), which is spearheading the campaign, says it would:

Rob Lucas, Chair of the GNPA, said: “Farms and farmers have helped shape the beautiful landscapes of Galloway for millennia. They are a vital part of our community and essential to our future.

“A National Park could bring a multitude of benefits – not least the branding and marketing opportunities that will be opened up by raising awareness of the amazing produce that comes from this area.

“We are delighted that growing numbers of farmers see a National Park as a positive way to build a sustainable economy for a region where the agricultural sector has too often been faced with uncertainty and decline.”

Scotland currently lags behind much of the rest of the world, and other parts of the UK, in creating National Parks.

About the Galloway National Park Association

Galloway National Park Association is a community-based group with trustees from across the region. We started work in 2017 and have over 750 members. Our objects are: