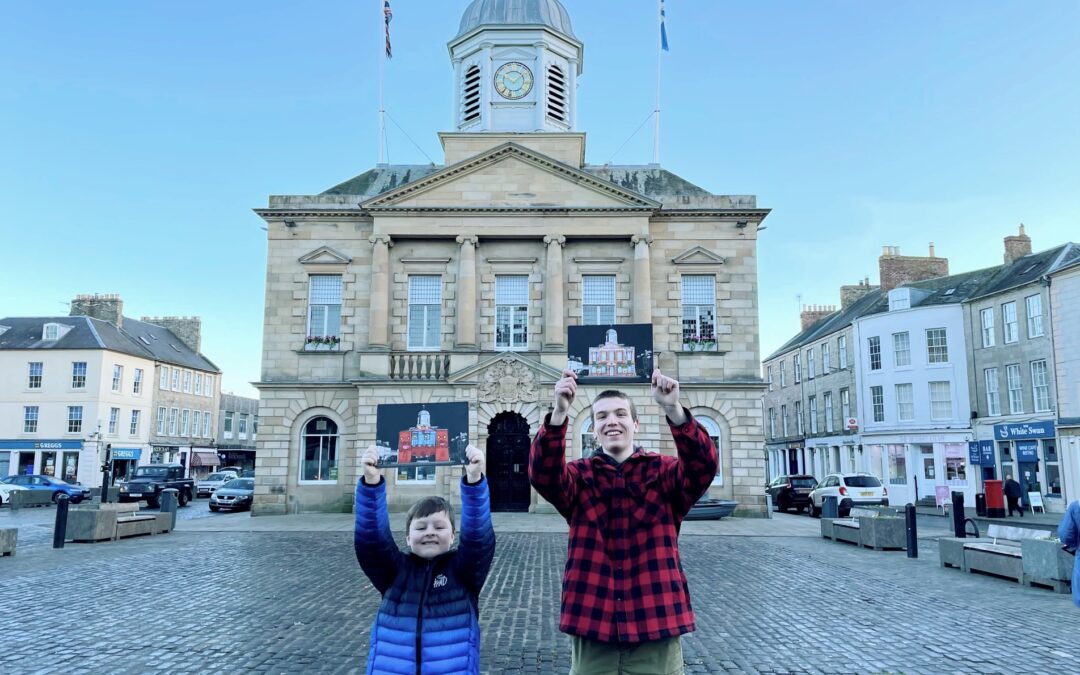 Young artists will get to totally transform a Borders town hall when their colourful designs are projected onto its façade.

The organisers of Borders Art Fair (BAF) were delighted to receive over 100 entries to the SHINE competition, which invited young people to completely reimagine the appearance of Kelso Town House.

And for two nights next month their ideas will be brought to life when around 30 of the best designs will be projected onto the front of the early 19th-century neoclassical Category B listed building.

The overall winners of the competition have been named as Oliver Wright, aged 11, (junior section for those aged 13 and under) who goes to Broomlands Primary School and Christopher Blackwell, aged 17, (senior section for 18 years and under) from Jedburgh.

Frances Fergusson, BAF Director, said: “We wanted young people to use their imaginations and artistic talents to achieve something spectacular – and they seemed to love the idea of transforming the look of a whole town hall. It’s been a great response with some mind-blowing ideas.

“We’re inviting the public to come along during two evenings in February to see the designs that Oliver, Christopher and many others came up with. Kelso Town House will be brought to life as it becomes the canvas for their colourful artworks.”

The SHINE competition, funded by the Scottish Government, aims to nurture an interest in the arts and to bring the community together as Scotland seeks to rebuild after the pandemic.

The public are being invited along for this free event to see the designs being projected onto the building on 12 and 19 February, from 6pm to 8pm. The Dessert Diva café and takeaway will be open during that time for hot drinks and snacks.

At the same time the annual Borders Art Fair has also announced that, subject to COVID regulations, it will be returning this year after being cancelled in 2021.

More than 70 artists and galleries from the Borders and beyond will be taking part in the event, which is planned for 25 to 27 March at the Borders Events Centre, Kelso.