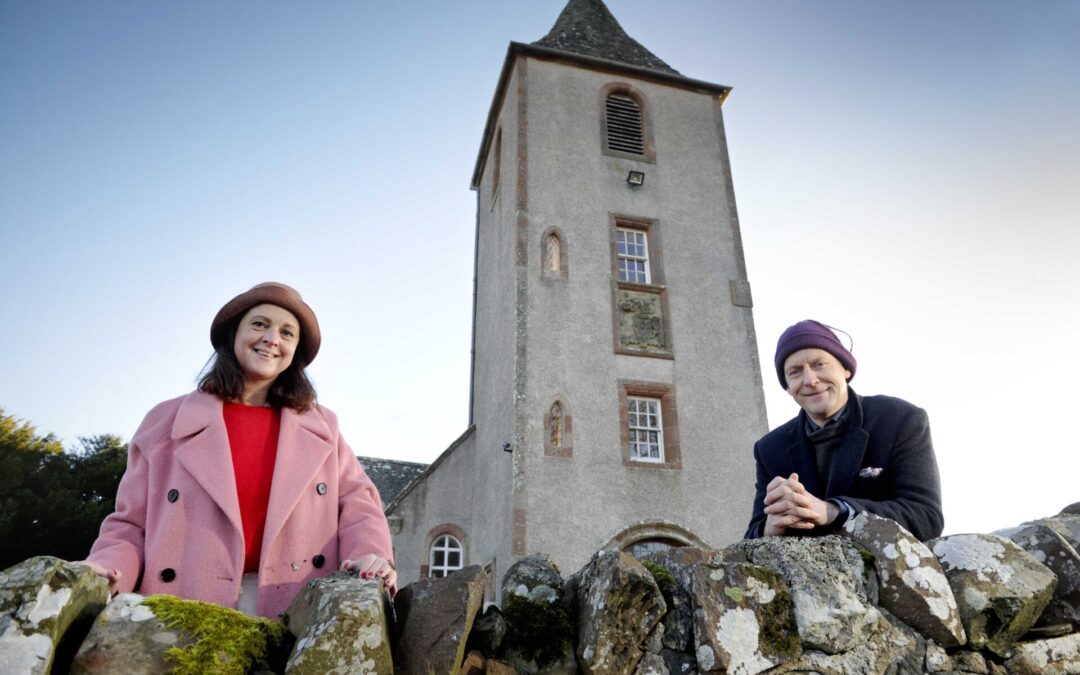 A vibrant young charity has appointed its first managing director and is making significant investments as part of its ambition to become a major supporter of Scotland’s arts and creativity.

The Marchmont Makers Foundation, set up in 2021 by the team which runs Marchmont House, near Greenlaw, has just taken a significant step forward by appointing Lucy Brown (previously head of Sotheby’s Scotland) to lead its development and growth.

Much of the emphasis will be on The Borders, a rural area where the creative community needs additional support and opportunities, but is building relationships with artists and organisations across the country.

The foundation’s activities embrace everything from craft and the visual arts through to the performing arts, guided by its core values of courage, inspiration and from the heart.

It is currently transforming the disused Polwarth Kirk into a theatre and performance space that will be available to local and touring groups from 2023 and will be involved with the establishment of an original printmaking workshop as part of Marchmont Creative Spaces.

The foundation will be increasingly active in supporting community initiatives and is backing this year’s DunsPlayFest Spotlight Award, exploring partnerships with local schools and will host the graduations for the Eyemouth-based ReTweed social enterprise (which provides women with skills and experience working with textiles).

Other initiatives will include providing residencies for artists in some of the high-quality studios and workshops that have been created by Marchmont. Successful residencies have already taken place in collaboration with WASPS Artists’ Studios, Borders Art Fair, The Royal Conservatoire of Scotland and Visual Arts Scotland (VAS).

Lucy, who took up her post on 10 January, is a trained solicitor who has also had diverse professional and voluntary experience in many areas of the arts, said: “I have a life-long love of the arts and huge admiration for their capacity to give us new experiences and make us perceive the world in different ways.

“So it’s wonderful to have this opportunity to build and develop a fresh, young organisation dedicated to supporting and promoting creativity and the arts. Over the next few years we will invest hundreds of thousands of pounds in a variety of projects and our ambition is to become a major supporter of the arts and creativity in Scotland.

“Much of our focus will be on The Borders, where there is immense potential, talent and enthusiasm but the investment and infrastructure is limited. That will involve working with people and organisations from the region, and from across Scotland and the rest of the UK, to do everything from encouraging locally-based amateur groups and initiatives to establishing centres of excellence that will act as catalysts for creativity and economic growth.”

Lucy will work with arts organisations, funding bodies and businesses to expand the scale and scope of the foundation’s activities. This will include running events and activities for businesses and the public at Marchmont House to raise further funds and also giving access to Marchmont’s resources for creative purposes that would not otherwise have the opportunity.

The foundation was established by former tech entrepreneur Hugo Burge, director of Marchmont House and Alan Martin, Managing Director of Marchmont Ventures . After carrying out a far-reaching restoration of the 18th-century Grade A listed Palladian mansion he set about giving it a new future as a home for artists, makers and creative enterprises.

Hugo said: “Lucy’s appointment marks a truly significant moment for the Marchmont Makers Foundation – she has tremendous experience and a passion for the power of the arts.

“As the charity’s first ever managing director she will drive it forward, realising its aim of nurturing and supporting projects that would otherwise not be possible.

“She will be using her expertise to work with partners of all kinds, from all across the country, to help the charity grow, expand and hopefully become a nationally significant contributor to inspiring art and creativity in Scotland.”