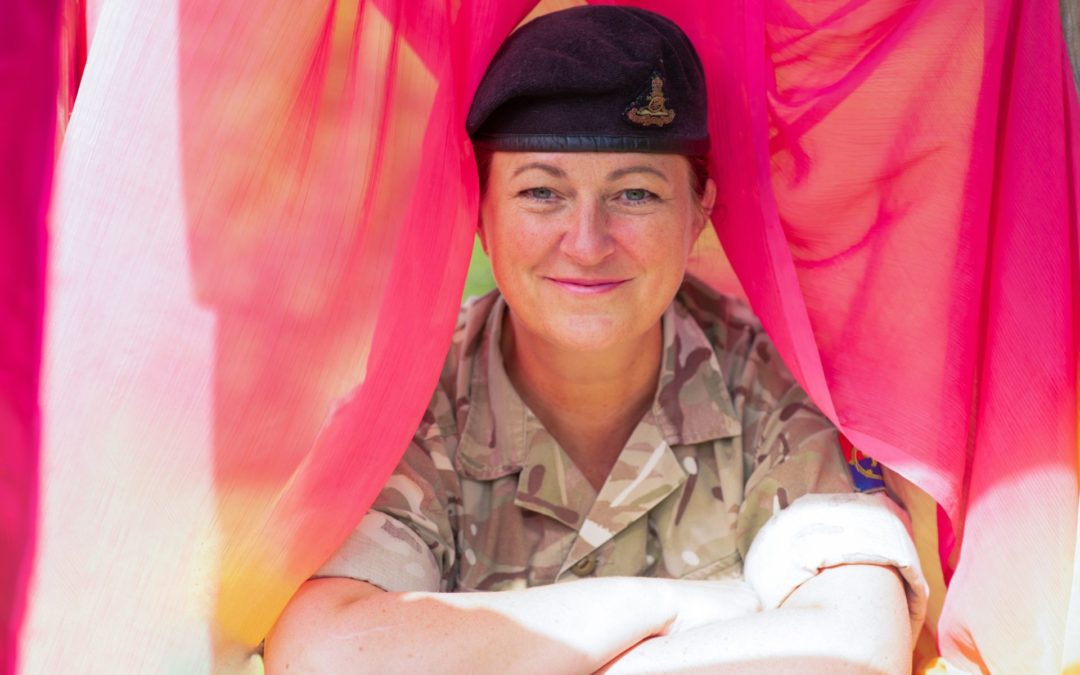 Army@TheFringe has been transformed for 2020 and will offer a richly varied three-week programme of online workshops, readings, performances and discussions for the arts community and the public.

Rebadged as Army@TheVirtualFringe its focus will shift from hosting Edinburgh Fringe shows to providing practical insights and advice from a wide variety of emerging and established arts and cultural practitioners.

Films, live-from-home performances and screenings are also planned, plus rehearsed readings of shows that were scheduled to take place on stage at the Army’s Hepburn House Fringe venue.

The online event has been welcomed by Brigadier Robin Lindsay, operational head of the Army in Scotland, as a way of continuing the work of Army@TheFringe to work with the arts community and promote debate about key issues.

Between 10 and 30 August there will be more than 40 free online events – with Week 1 dedicated to film and photography, Week 2 devoted to theatre and Week 3 exploring poetry, books and visual art.

Lieutenant Colonel Wendy Faux, head of arts for the Army (pictured), said: “After the cancellation of this year’s Edinburgh Festival Fringe we talked to the arts community about how we could reshape Army@TheFringe to give them some support.

“There was huge enthusiasm for a digital event that provided practical insights and ideas for arts professionals as they prepare to rebuild after lockdown.

“The result is Army@TheVirtualFringe which brings together some remarkable people, from a multitude of backgrounds, to share their knowledge and experience – and also has performances and events that we hope will appeal to the public.

“In keeping with our past events, we will continue to put a strong emphasis on promoting diversity and providing forums to discuss a wide range of issues.”

Wendy is also a photographer and her exhibition, Not Just a Wife, was shown during Army@TheFringe in 2018.

Those taking part this year include James Robert Moore whose play, POSTERBOY (based on James Wharton’s autobiography Out In The Army: My life as a gay soldier), was due to be premiered as part of Army@TheFringe2020.

He said: “It’s so exciting and comforting to still be involved with something that celebrates Fringe plays, even though the future of theatre is currently uncertain. Our hope is that the plans we had for POSTERBOY this year can be rolled over to 2021, and that in the meantime anybody who is missing live theatre can join in this August and watch the week’s virtual festivities.”

James will be involved in three online sessions, one of which will feature six actors performing a 20-minute section of the play.

There will also be Charlotte Green, writer and producer of Lest We Forget, which follows the fight against prejudice faced by a black veteran and white Northern woman in Britain after the First World War.

Oliver Yellop, writer and actor, will perform I Am Gavrilo Princip, his play about the Bosnian Serb whose assassination of Archduke Franz Ferdinand sparked WWI, live from his living room and will also discuss making solo works.

From the world of dance there will be Rosie Kay, creator of the internationally acclaimed 5 Soldiers, which premiered at Army@TheFringe plus the rare chance to see a screening of 10 Soldiers, an expanded version of the original.

Also taking part will be author and artist Harry Parker, Army Photographer of the Year 2019 Corporal Rebecca Brown and founder of the new Liberally online arts platform Daisy Rogers – who will lead a session on minority voices.

Daisy said: “Liberally champions the stories and narratives of minority voices across the liberal arts; we believe in the structural and cultural necessity for diversity both within the Army and throughout society as a whole. The arts in general, and events like this in particular, can play a valuable role in making that happen.”

Themes covered in Army@TheVirtualFringe workshops will extend from mask making, the use of film and photography and preparing plays for radio to making music for productions, theatre design for the Fringe and staging a show at Army@TheFringe.

A number of those taking part in the event had been planning to present shows as part of Army@TheFringe and it is hoped that these productions will take place in 2021.

Brigadier Robin Lindsay said: “We launched Army@TheFringe four years ago as a way of sparking conversations about diversity and identity by hosting performances that offered insights on life in and out of uniform. Those discussions have ever been more important.

“While Covid-19 has meant that the Edinburgh Fringe can’t go on as normal, I am delighted the Army can draw on its organisational resources to help carry the torch and to provide support to the arts community at a time when it faces immense challenges.

“We also look forward to returning in full force with live productions at our Army@TheFringe venue 2021.”

Jordan Blackwood, Producer of Army@TheVirtualFringe, added: “Creating an entirely new event from scratch, under lockdown conditions and with limited time has been quite a challenge – but the arts sector and the Army are amazingly adaptable.

“Thanks to their energy and commitment we have put together a great programme of workshops, shows, screenings, readings and discussions. We hope they will contribute to the huge efforts the sector is making to innovate and recover from a pandemic which has been devastating for society, culture and the arts.”

Heather Marshall, who presented The Happiness Project with Edinburgh’s Creative Electric theatre group at the 2019 Army@TheFringe will this year be working with young people to deliver arts activism workshops resulting in an online gallery.

Shows from past years

The 2018 dance theatre production The Troth, from the Akademi, (★★★★★ Broadway Baby, ★★★★ Herald) won Herald Angel and Lustrum awards with its portrayal of the experiences of South Asian soldiers on the Western Front in World War I.

In 2017 5 Soldiers, from the Rosie Kay Dance Company, achieved huge critical acclaim with a string of ★★★★ and ★★★★★ reviews and went on to enjoy major national and international success.

For media information about Army@TheFringe contact Matthew Shelley at SFPR on 07786704299 or Matthew@ScottishFestivalsPR.Org