1914 – a bright June day in Sarajevo, a young assassin, and a bullet that changed history 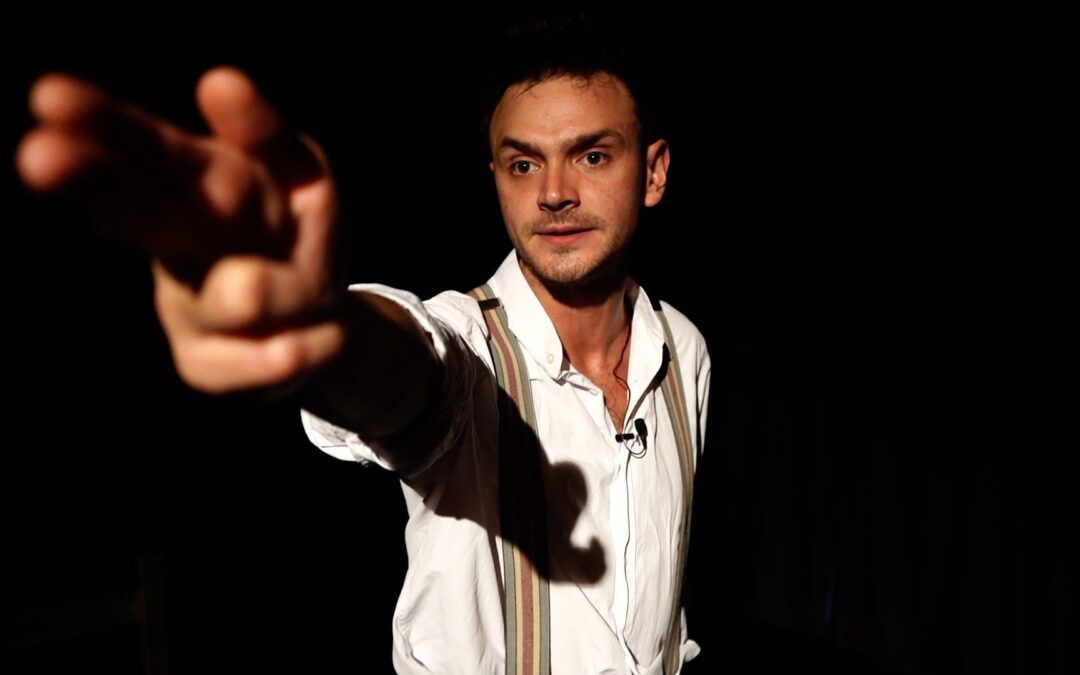 Have you heard of Gavrilo Princip? He wanted to change the world – and he did.

Princip was the young man who shot the Archduke Franz Ferdinand; the assassin whose bullet led to the start of World War I and transformed history.

Was it worth it?  And why do so few know his name?

History has not been kind to Princip. Overlooked, misrepresented and misunderstood, this play is not about the colossal impact of his actions but rather the story of a young man trying to find his place in the world; of a teenager with the best of intentions who created the worst of outcomes.

This one-hour play, with live musical accompaniment, explores his life, his legacy his obscurity and the world he left behind – forever changed

I am Gavrilo Princip was performed online during the Fringe in 2020 and this will be a first opportunity to see it in person in Edinburgh when it presented as part of Army@TheFringe.

Oli said: “It was a bright June day in 1914 when Gavrilo Princip shot Archduke Franz Ferdinand and his wife Sophie in Sarajevo. This action kickstarted the first world war and the modern era in which we live.

“Gavrilo didn’t know his actions would have such massive implications. History and life are funny like that. We don’t know how the butterfly effect will play out. This is what makes his story such a great topic to explore artistically. That someone might, by sheer chance and bad timing change the world as we know it.

“The idea behind is that if only Gavrilo can get his story straight enough, if he can only make the significant dates and important names of his life really sing he might at last be free. In this way the message of the story is really how art can not only represent the past but how it can free us from it. And hopefully it will.”

Lt Col Hugo Clark, Chief Engagement, British Army in Scotland said: “We’re glad to finally be able to bring I am Gavrilo Princip to the Fringe following its postponement as a live show during the pandemic.

“Oli has also been working with our trainee soldiers at the Army Foundation College Harrogate and will be workshopping their play the week before his own which concludes on weeknights with post show discussions that we have devised together that we hope will be of interest to senior school humanities students.

The critics on I am Gavrilo Princip

“Yellop creates a person as complicated as any of us – not easy to love yet still harder to hate” ★★★★ Life in The Arts Lane.

Army at the Fringe first opened its doors in Hepburn House, an Historic Army Reserve Centre in Edinburgh’s New Town in August 2017. Army at the Fringe supports and sustains creativity at the heart of the nation’s capital, with an ambition to spark conversations about what The British Army is, and what it stands for in 21st Century society.

Since then, it has become a welcome addition to the Edinburgh Festival Fringe, building a considerable reputation for innovative and engaging programming over the last five years. It has regularly presented shows that achieve huge critical acclaim and go on to enjoy major national and international success.

This year’s programme, Different Voices – One Team explores and celebrates the diverse people and perspectives represented within the British Army, and those of our allies, both past and present.

A quarter of this year’s productions at Army at the Fringe are pay what you want.

Pictures are free to use.